Pamela Anderson in the 90s: The actress will always be remembered for her role in Baywatch: SOS Malibu, her relationships with rock stars like Tommy Lee and for being irresistibly sexy, but she also wore the cutest ‘clothes’ of the time. We reviewed best photos of her.

Supermodels, series set in Malibu, rock stars, Playboy covers, Hollywood scandals… The 90s were a particularly busy decade in the United States and specifically in the celebrity world, which achieved worldwide fame thanks to series like Baywatch: SOS Malibu , where Pamela Anderson comes from, and which has been shown on television on every continent.

It was precisely in the nineties that the young actress began her career and, at the same time, her intense relationship with Motley Crüe drummer Tommy Lee. Back then, the couple was a true style icon: wherever they went, all eyes were on them.

This transformation coincides at the same time with several events that took place while they were together and which are collected in the Disney+ docuseries Pam and Tommy . As reported in an article published in Rolling Stone magazine in 2014, the couple got engaged four days after meeting, had a very passionate relationship and faced a huge media boom following a sex tape that a former employee released. The video was posted on the internet and ended up having a much greater impact on Pamela than it did on Tommy. Somehow, the actress adopted that sex symbol character, which was accompanied by very extreme and provocative looks that, interestingly, are related to the 90s trends that are in fashion now.

Pamela Anderson in the 90s: the most iconic looks

Any self-respecting ‘Coconut Girl’ knows how important it is to have a perfect sundress. This one by Pamela from the 90s is perfect because it has a very trendy marble effect print and combines pink and green, two colors that are in fashion this season. 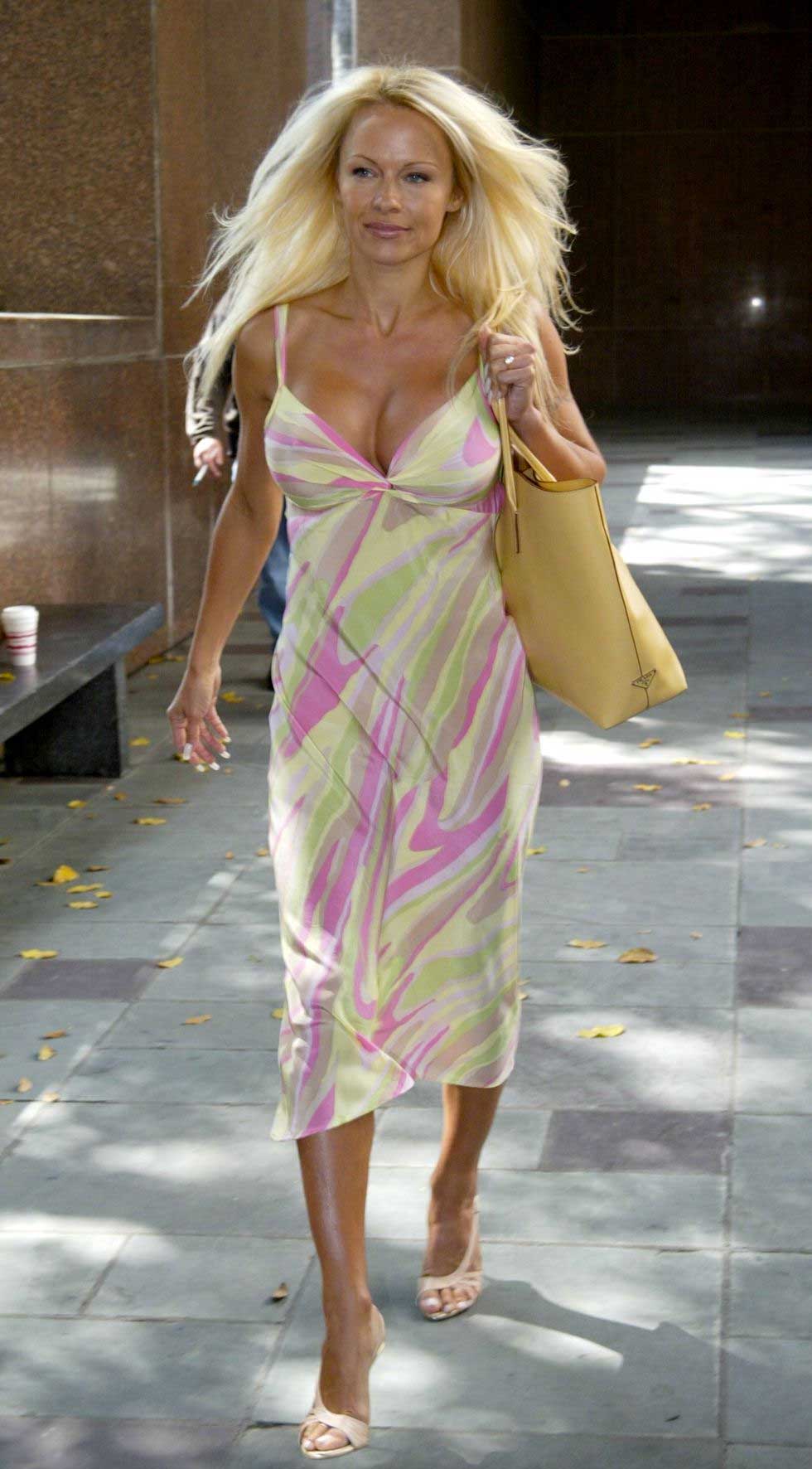 Before Bad Gyal wore it to her shows and Paris Hilton wore it to her birthday, Pamela Anderson was already wearing these sparkly rhinestone tops that she paired with a matching skirt. 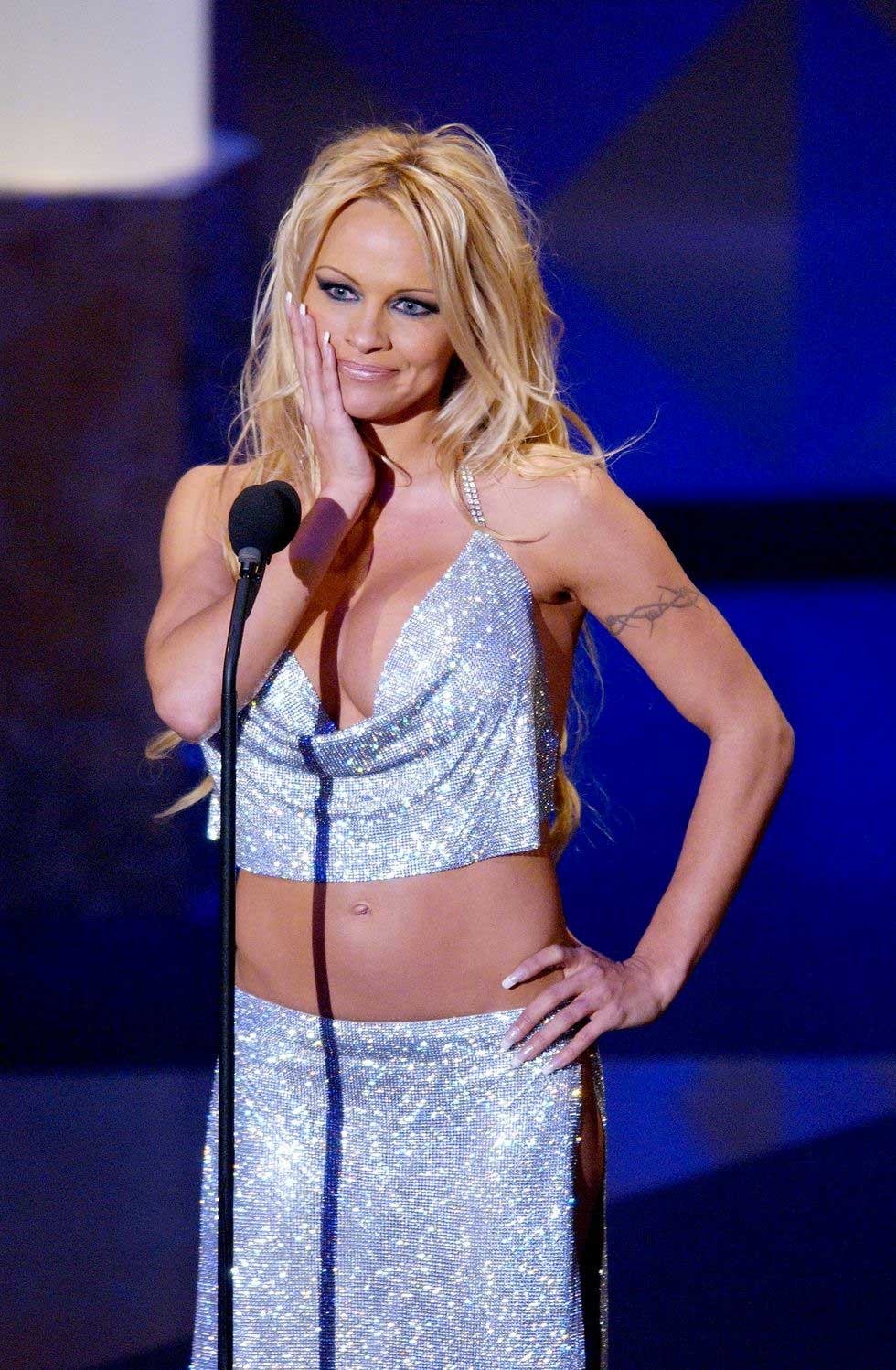 Any trend present today starts from one of the past. For example, the ‘flossing’ outfit has its origins in ’90s fringe dresses like this one by Pamela Anderson, which combines a high neckline with fishnets and a sexy waist that emphasizes her figure. 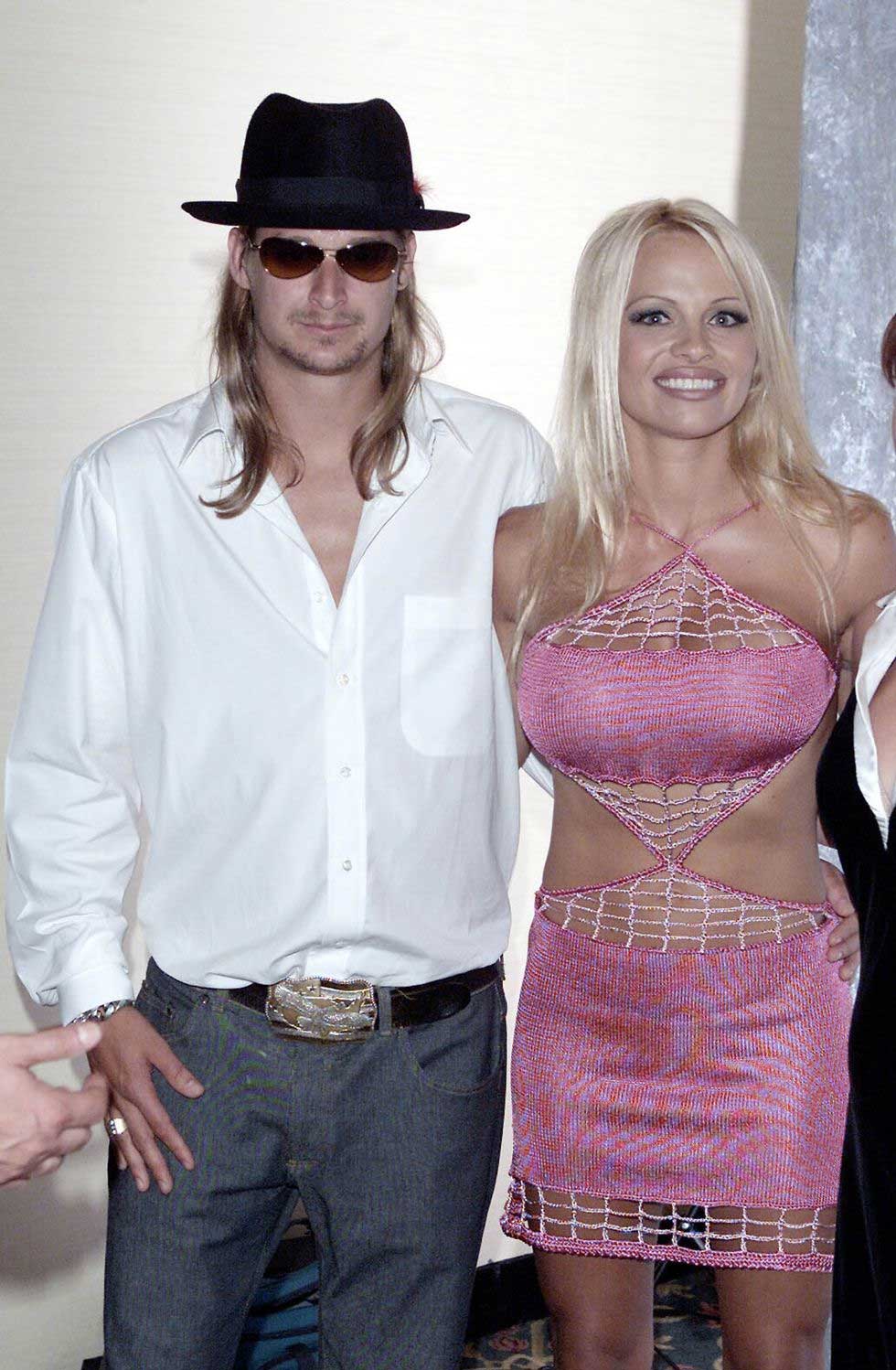 Leather-effect clothes are very much in vogue this year, but as Pamela Anderson points out, nothing prevents you from wearing them in spring and summer if it’s through a leather micro skirt (or vegan similarities). 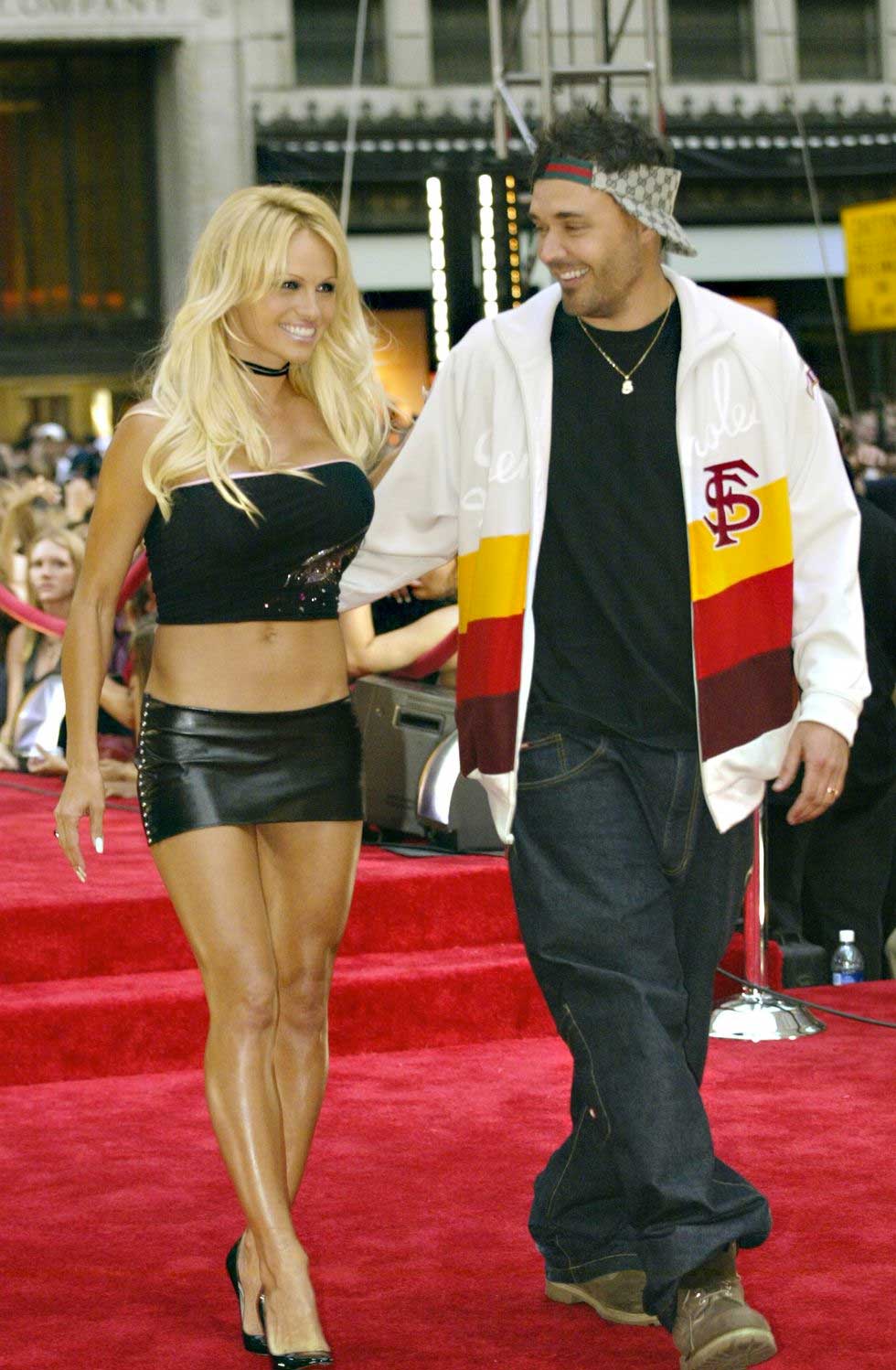 One of the styles that is taking over the most is the raves-inspired aesthetic and music concerts inspired by the Y2K aesthetic, so the festival look is very popular right now. 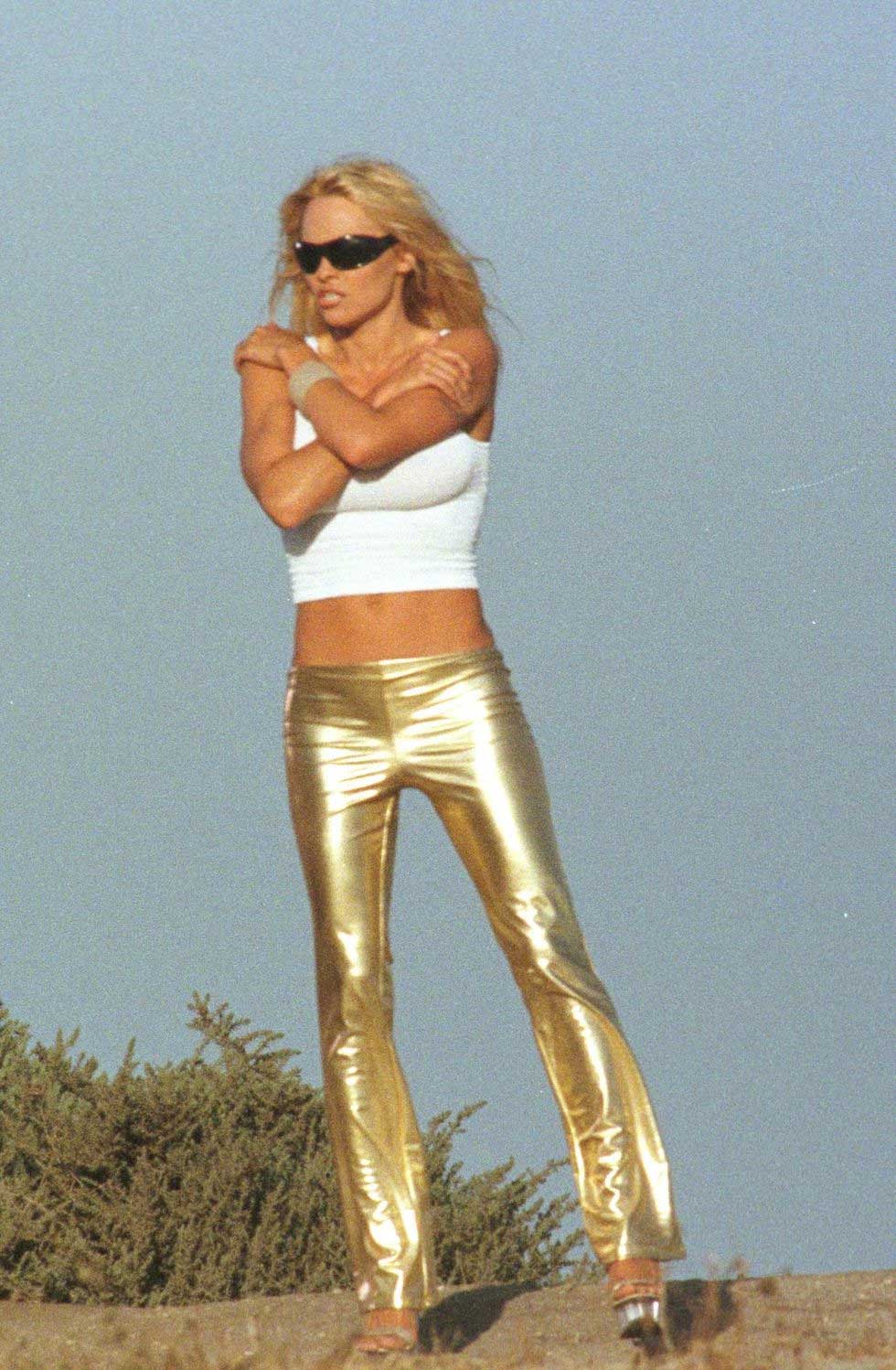 We are big fans of Pamela Anderson’s creativity in the 90’s to create looks. Especially the one with a touch of flamenco. 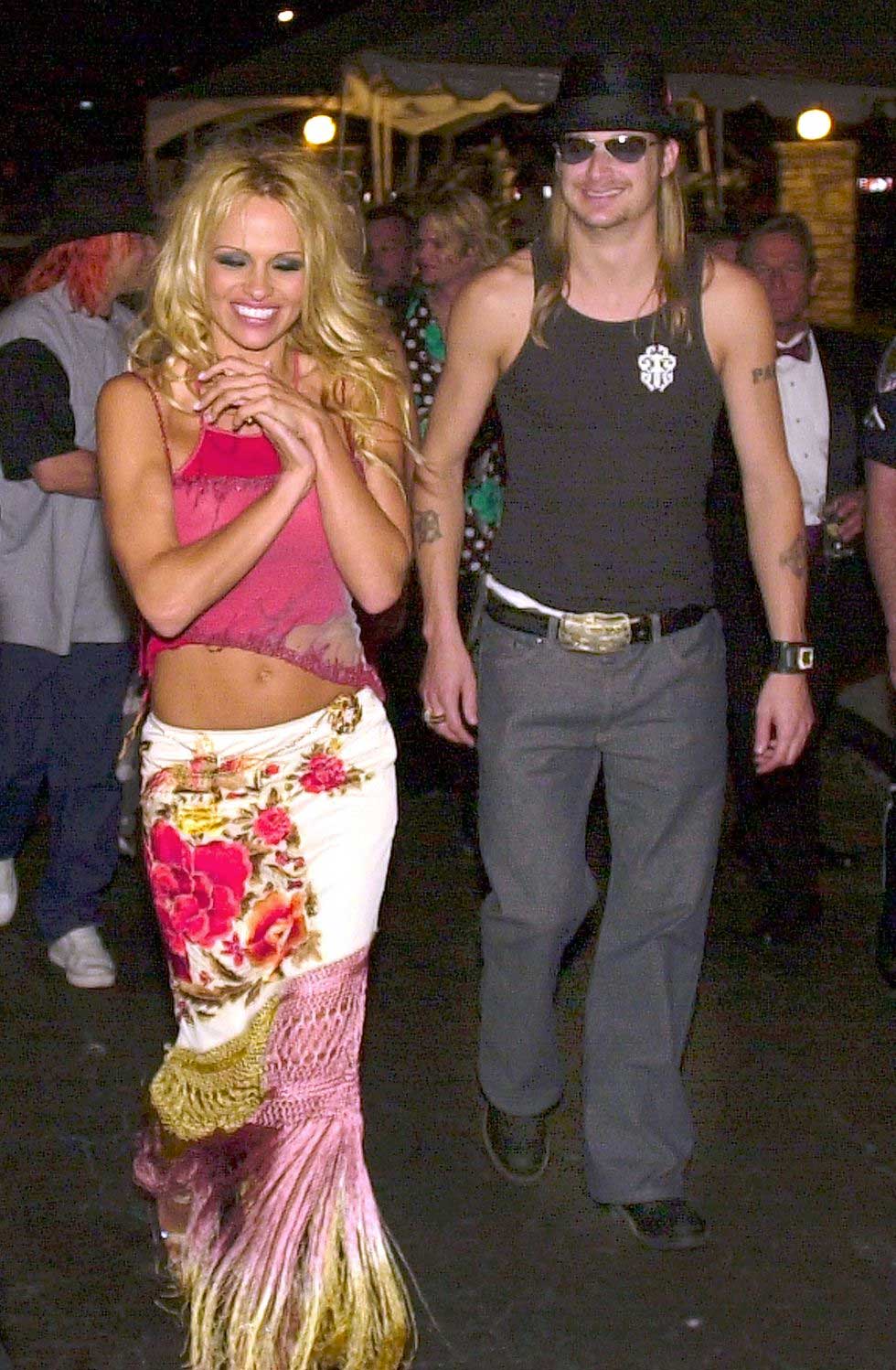 In keeping with her Barbie aesthetic, Pamela has always been very given to tight, sexy clothes. This denim jacket and microskirt set is a good example of the style the actress loved to wear, which she didn’t hesitate to add rhinestone-filled maxi necklaces to complete her Barbie looks. 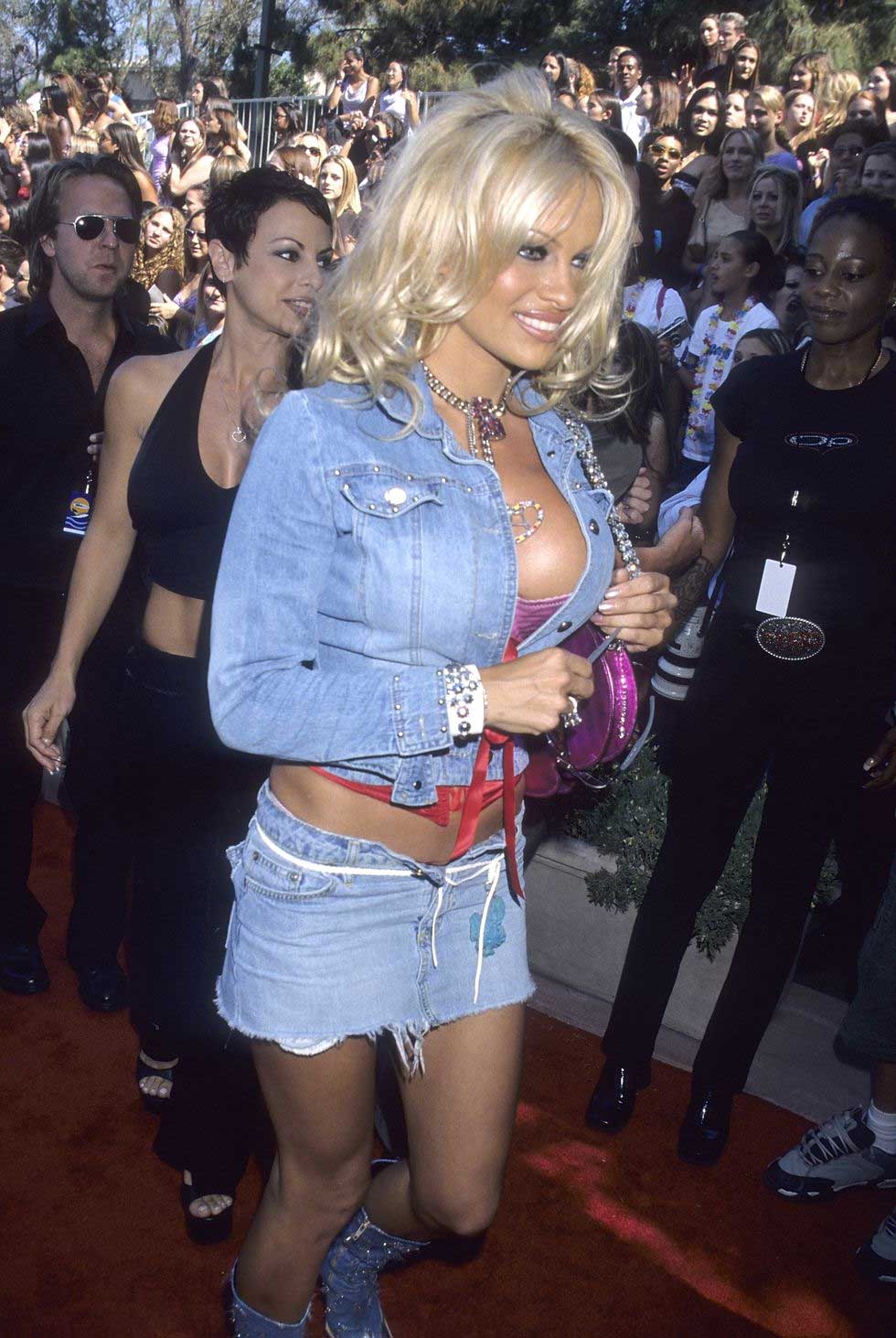 We can say that Tommy and Pam excelled at whatever event they attended. Him, in his cowboy hats and fur coats and leather pants. She, with her bizarre accessories and suggestive dresses, like this one, which, despite being long and in elaborate brocade, is transparent enough to reveal her silhouette. A bit like what happens with the knitted dresses that are so popular right now. 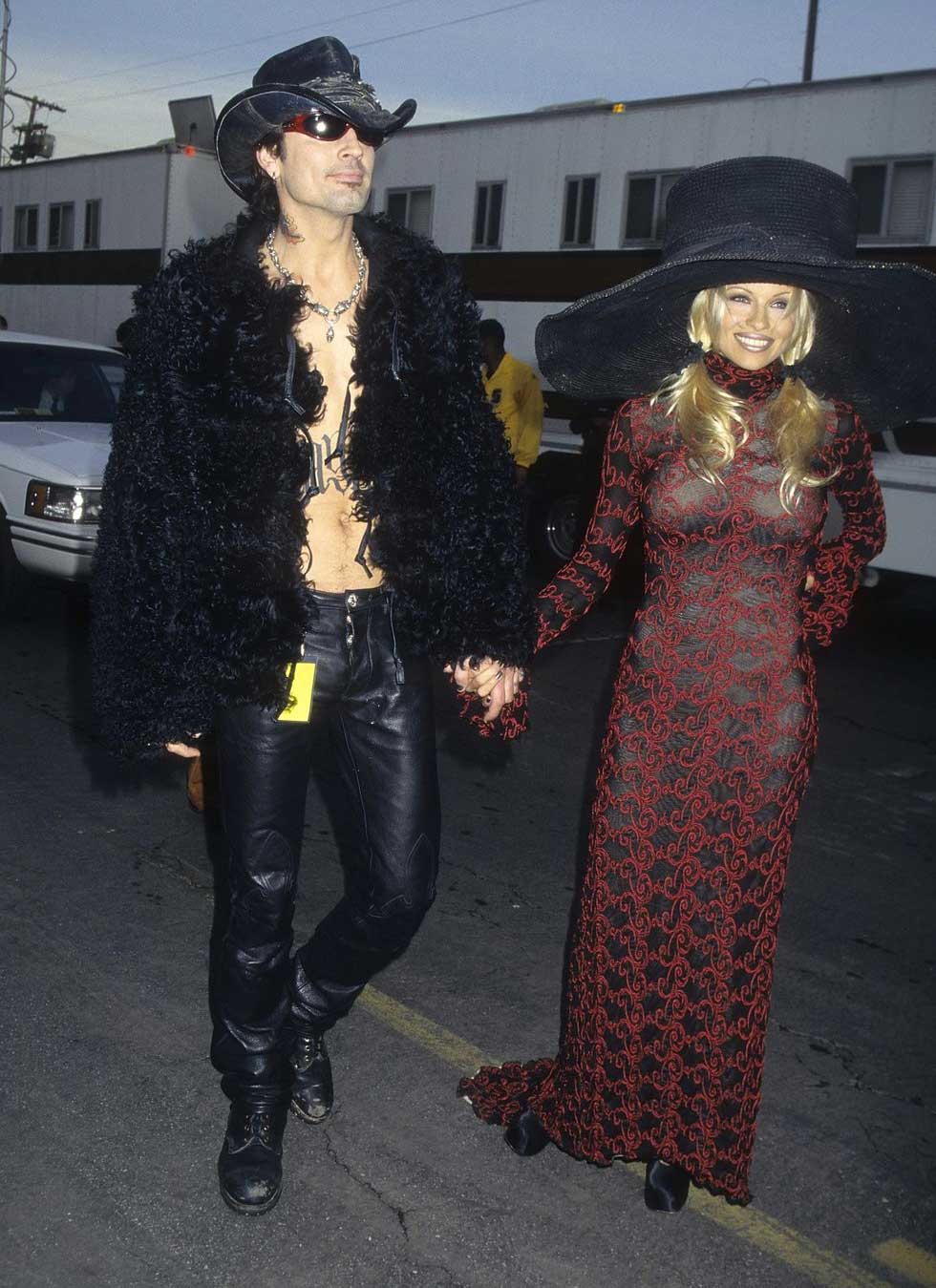 It’s probably one of Anderson’s most iconic looks from the 90s. The first thing we see, obviously, is that maxi hat with pink fur and a feather, which today we could wear in a combined version of a bucket hat, with a white corset as well. Now add some rhinestone pants and you have the outfit. 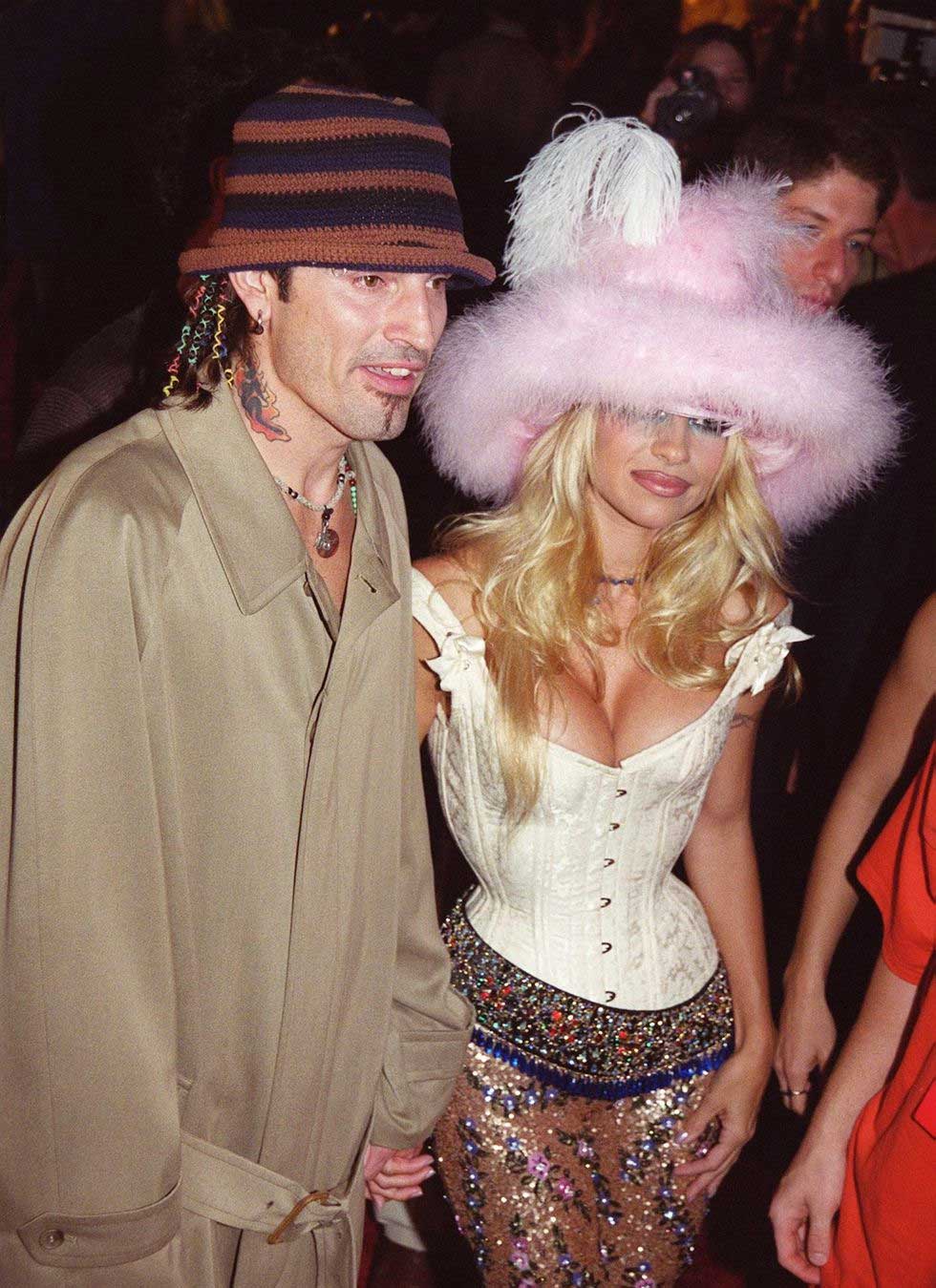 At the beginning of her career, Pamela had a much more relaxed and conservative style, in which there was no shortage of basic wardrobe pieces, such as jeans and shirts, which she tied for a more feminine touch. The truth is, we wouldn’t have imagined her carrying the wooden cross ten years later, but we all go through phases, right? 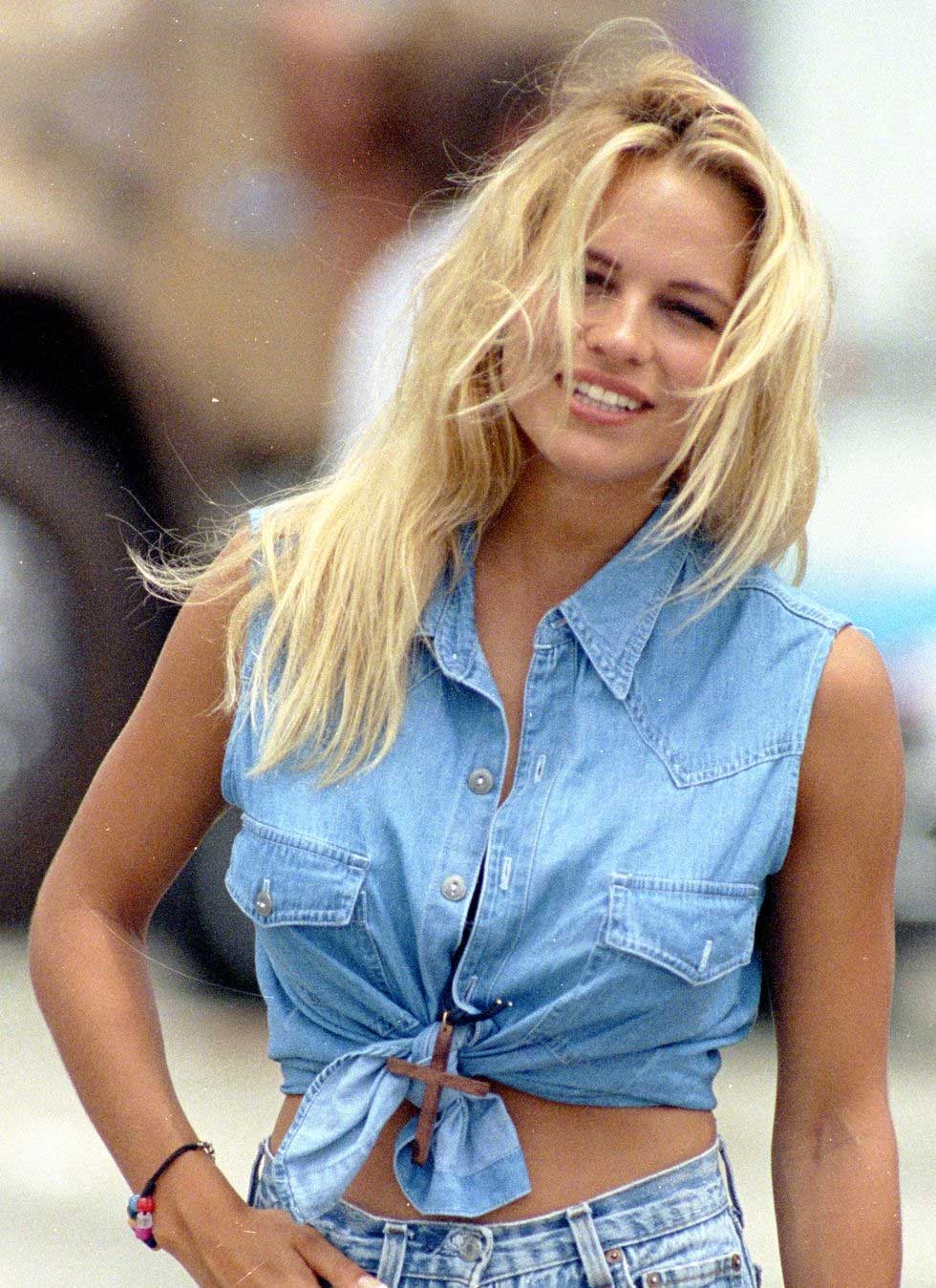 Of course, this season we’re embracing many of the trends that were famous in the ’90s, like high-waisted, straight-cut jeans, which flatter most body types and create a sexy hourglass silhouette. Excellent for pairing them with a cropped coat. 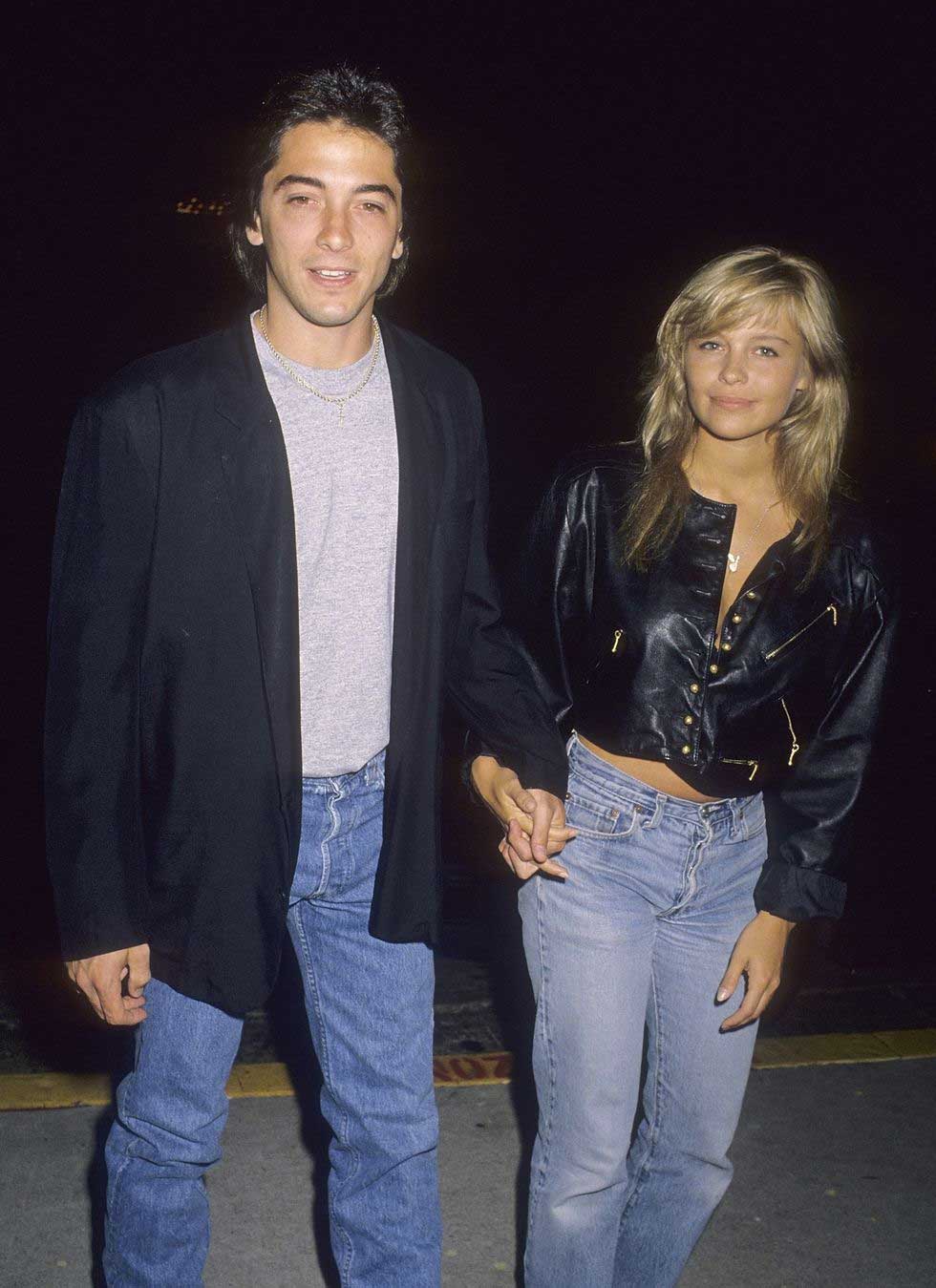 As we’ve been saying, there’s nothing Anderson likes more than wearing tight-fitting clothes, so it’s common to see her wearing lycra blouses with a nice low neckline and a miniskirt. The fashion touch that we love in this look is the maxi belt with cowboy buckle that brings a lot of personality to the look. 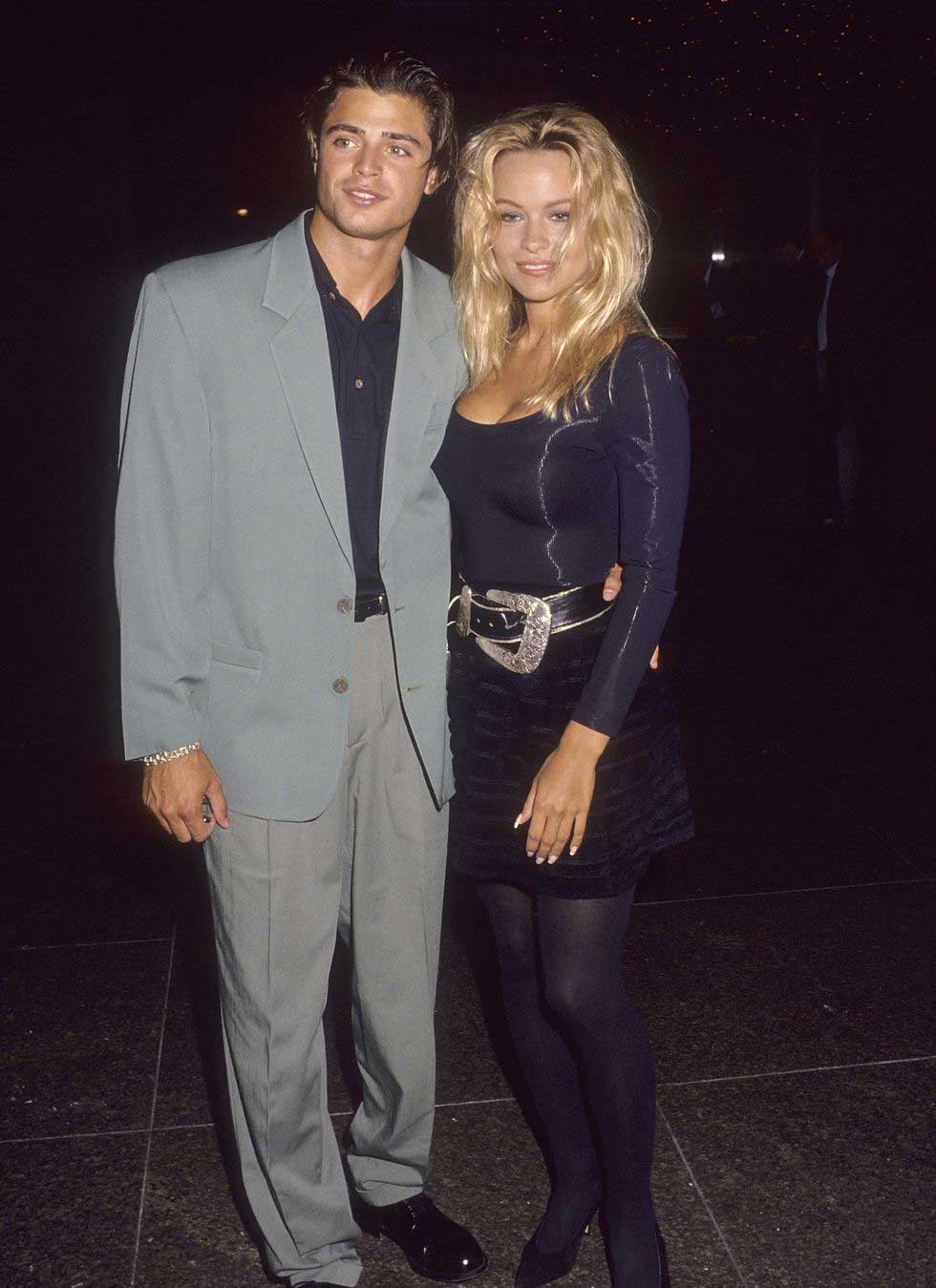 The most original slip dress

The nineties were years when the slip dress or satin fabric dresses triumphed a lot. Now they have been used again and if you are thinking of buying one, you can take this one from Pamela Anderson as a reference, which with its floral print becomes the center of attention. 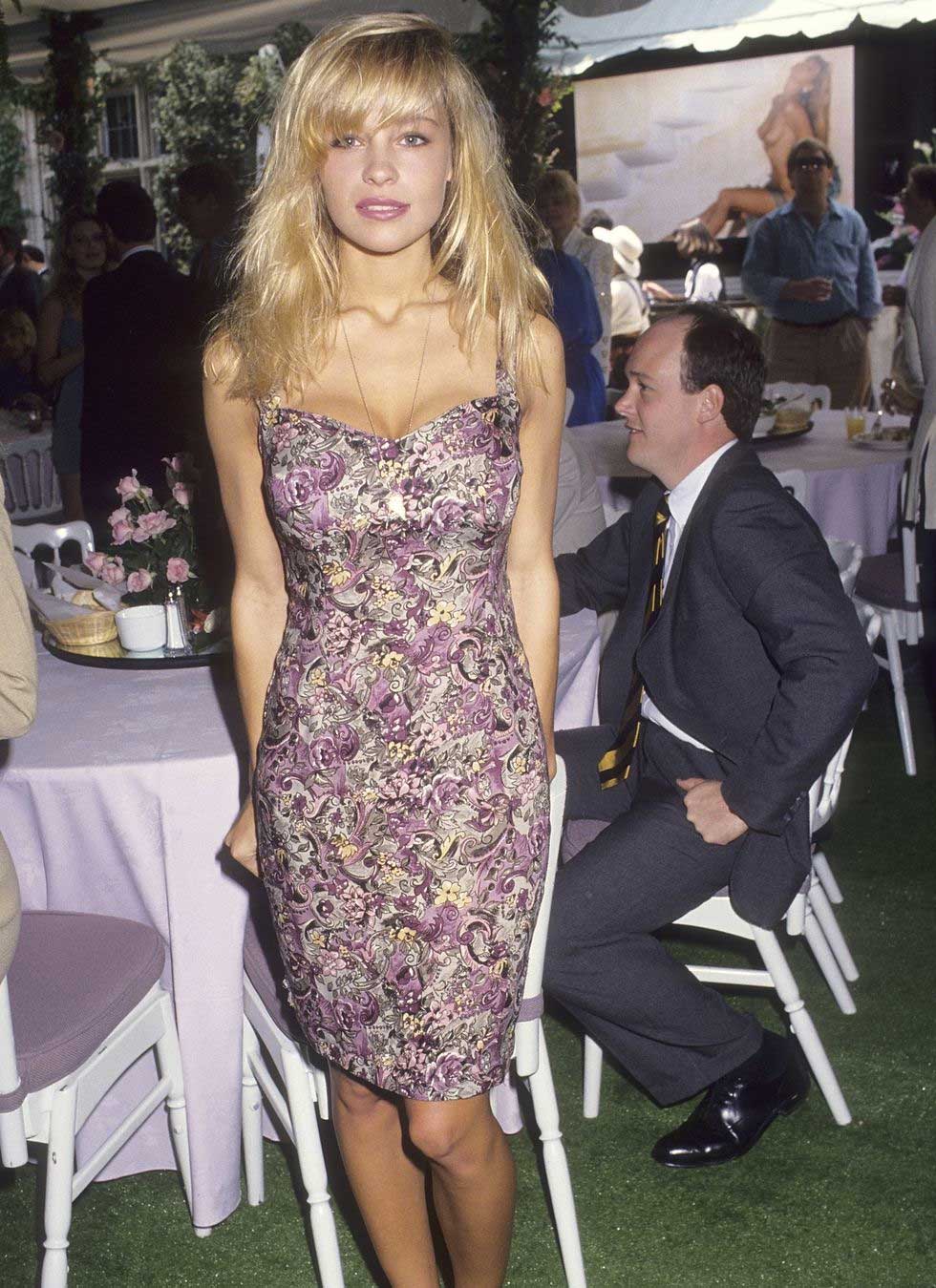 We are not exaggerating if we say that we would wear this Pamela Anderson look today. It’s a perfect combination for going to the festival consisting of a white t-shirt with a maxi neckline, high-waisted shorts with a belt and cowboy boots. 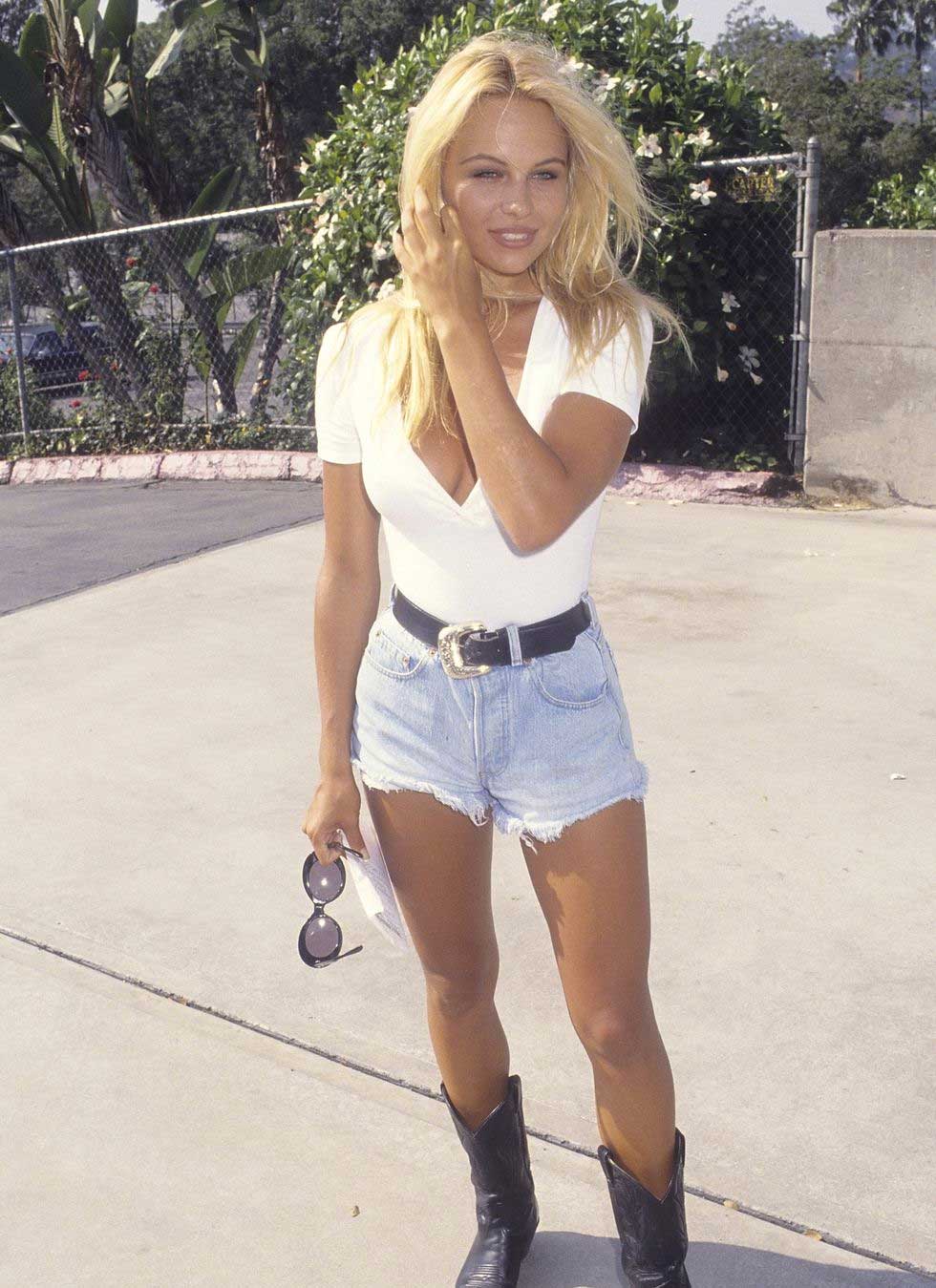