Tumblr Trends: Checkered miniskirts, grunge band t-shirts, Dr. Martens… Bring all those clothes back because this year you’re going to become the ‘Tumblr girl’ you always wanted to be.

Any self-respecting ‘fashion junkie’ knows that trends aren’t just made up of new styles and clothes, there’s also a great deal of nostalgic clothes that are making a comeback. For this reason, in this spring-summer 2022, we not only analyze the trends proposed by the fashion weeks, but we also review the looks that have returned from the past to return to our wardrobe.

So far, we’ve witnessed the return of the Y2K aesthetic in a big way , inspired by the 2000s and based on dressing like the characters from your favorite series from when you were little. But this style was also joined by many other trends that we are passionate about, such as platform boots, plaid skirts and rock band t-shirts. Does this all sound familiar to you?

Any girl who had Tumblr in its heyday (ie between 2010 and 2014), dreamed of dressing like a ‘ Tumblr girl ‘. Back then, the fashion was to wear a mix of grunge, rocker and preppy inspired clothing in which our main style references were bloggers like Luanna from Le Happy blog, Effy Stonem from Skins and Alexa Chung. We had an insane obsession with Jeffrey Campbell’s Lita boots (as well as Versace platform shoes now) and pants, socks and shorts were worn ripped or frayed.

We also wore rock band t-shirts and all our clothes had studs in one way or another. Come on, basically how Gen Z dresses today on TikTok and e-girls. Does this mean it will be 2022 when we witness the return of the Tumblr aesthetic and all the trends that drove us crazy in 2014? Everything points to yes, which is why we decided to compile our top 10 styling tips so you can be the first of your friends to jump on this trend and show off looks worthy of going viral on Tumblr.

The aesthetic of Coachella-type festivals was the most replicated, so crop tops were often worn with denim shorts and military boots. We perfectly remember using this vertical striped print in black and white and the classic model of Dr. martens. 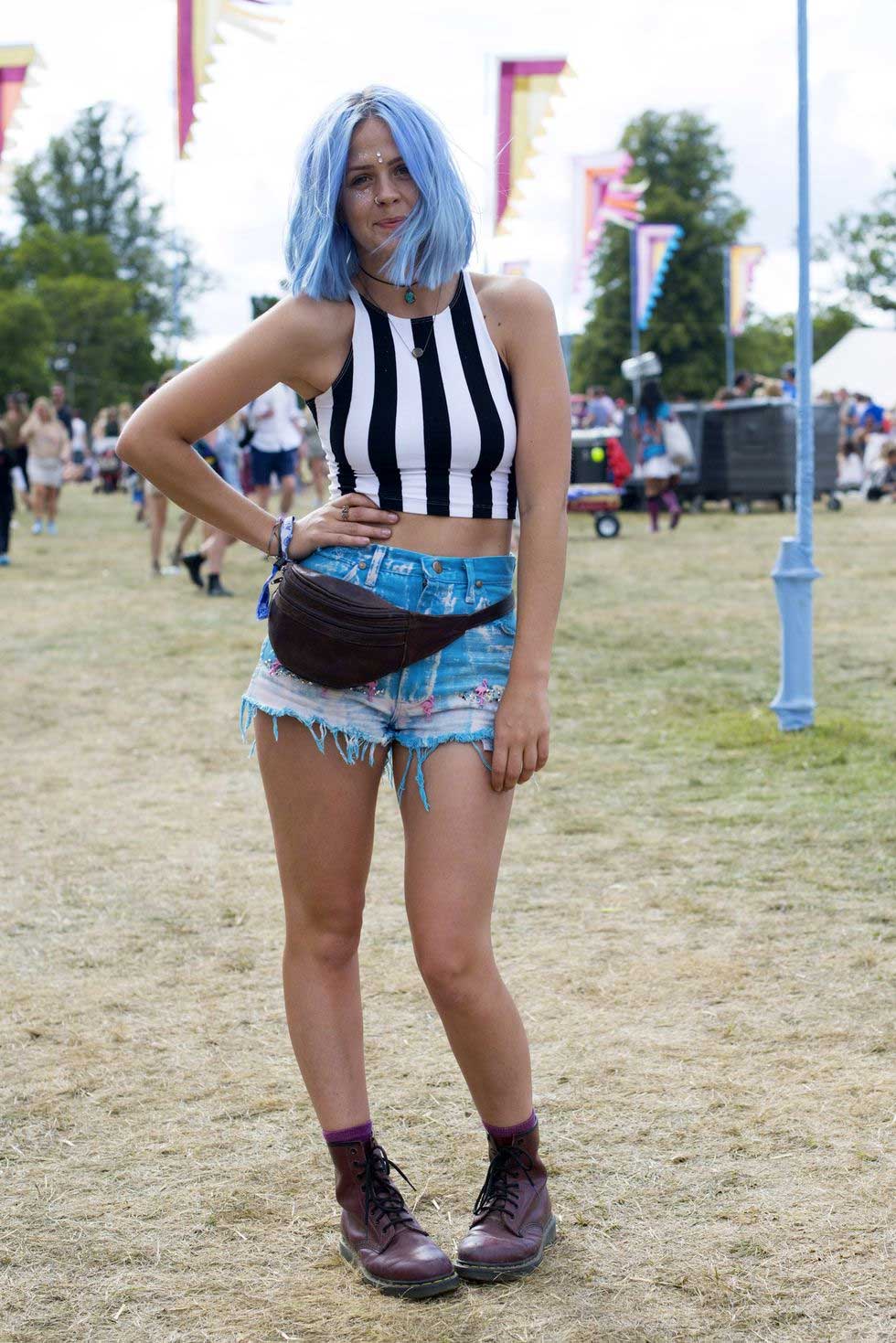 The denim dresses, the round glasses and the backpacks

Just as TikTok is now full of ’90s looks, for the girls on Tumblr it was the golden decade to be inspired by. This translates into clothes like extra-long denim dresses, round Beatles sunglasses and very teenage leather backpacks. 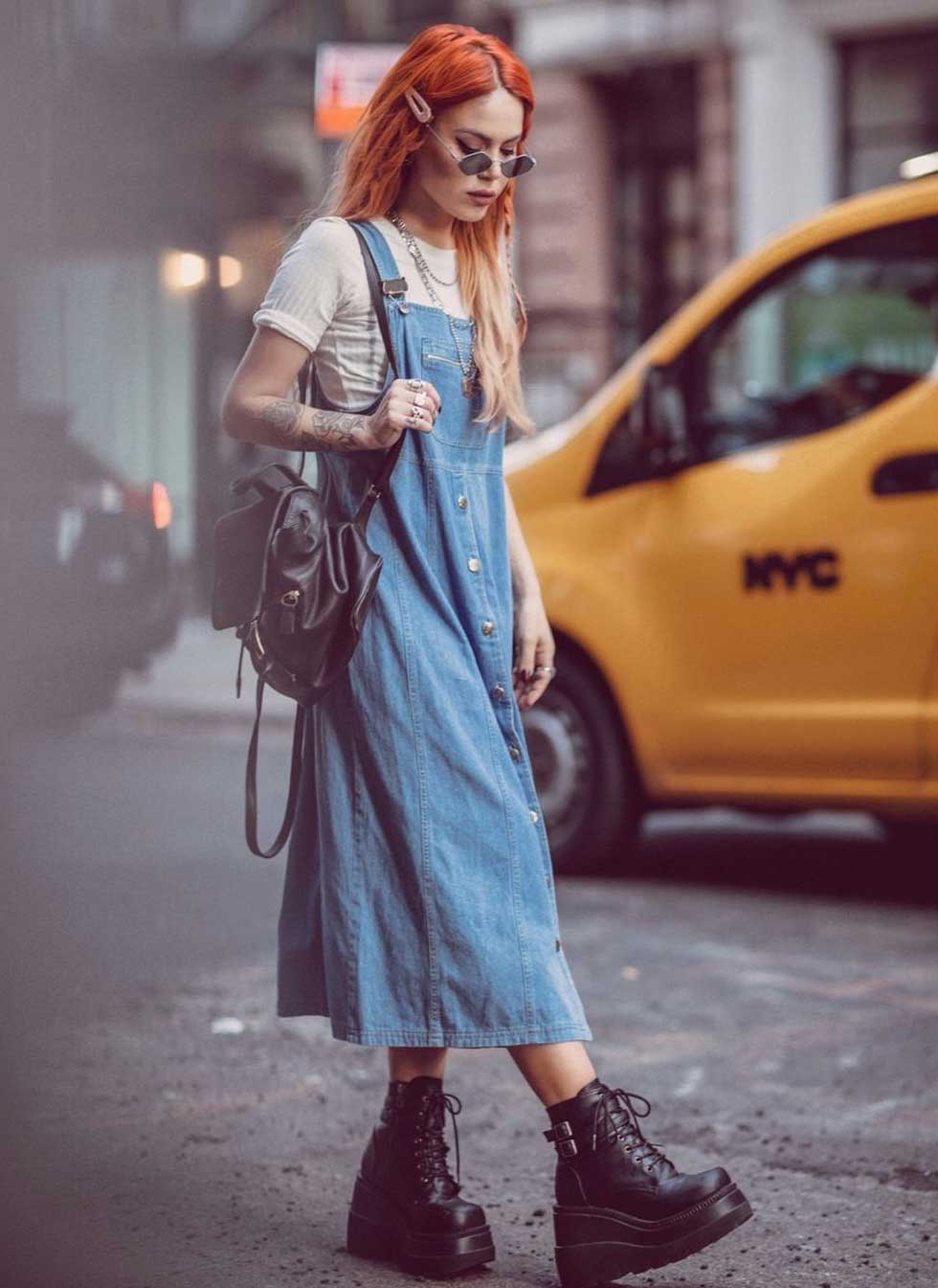 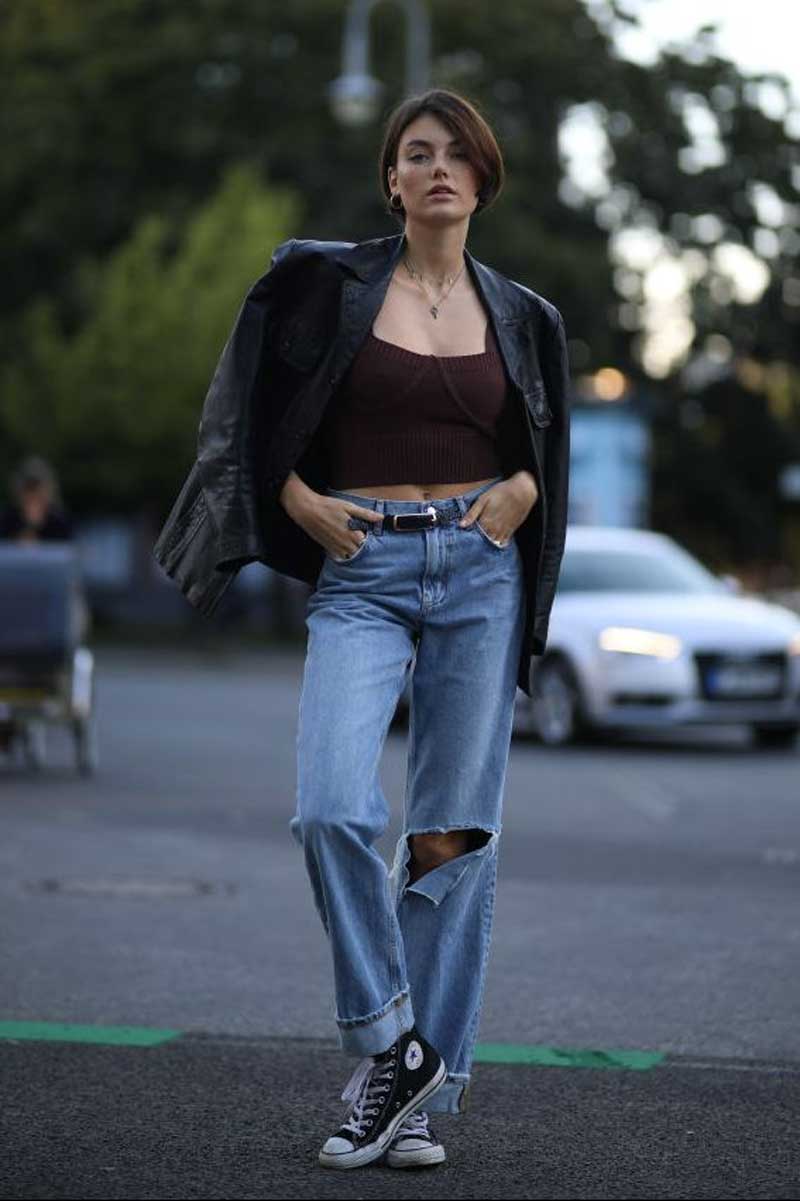 The prints that were in fashion at that time were leopard, camouflage and all kinds of plaid, especially tartan that was used in pleated miniskirts. To create a very vintage outfit, mix these prints and add a black t-shirt, military boots and some chokers. The touch of style is in the oversized jacket. 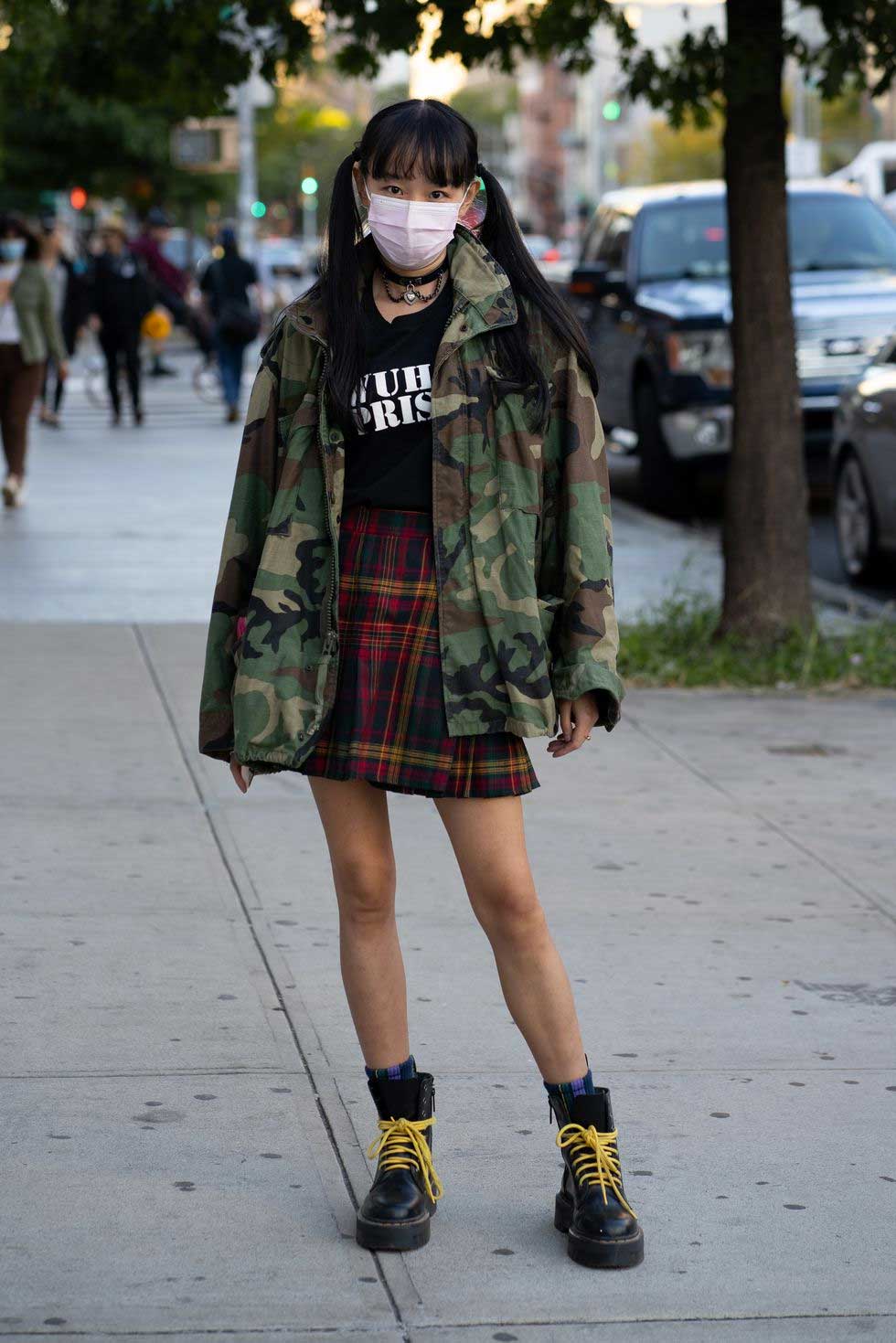 In addition to black miniskirts, blazers or graphic t-shirts, what we really used on a day-to-day basis were all kinds of accessories to upgrade the look. Fedora hats were our favorites, paired with plaid scarves and platform loafers, helping us create a very modern British-inspired outfit. 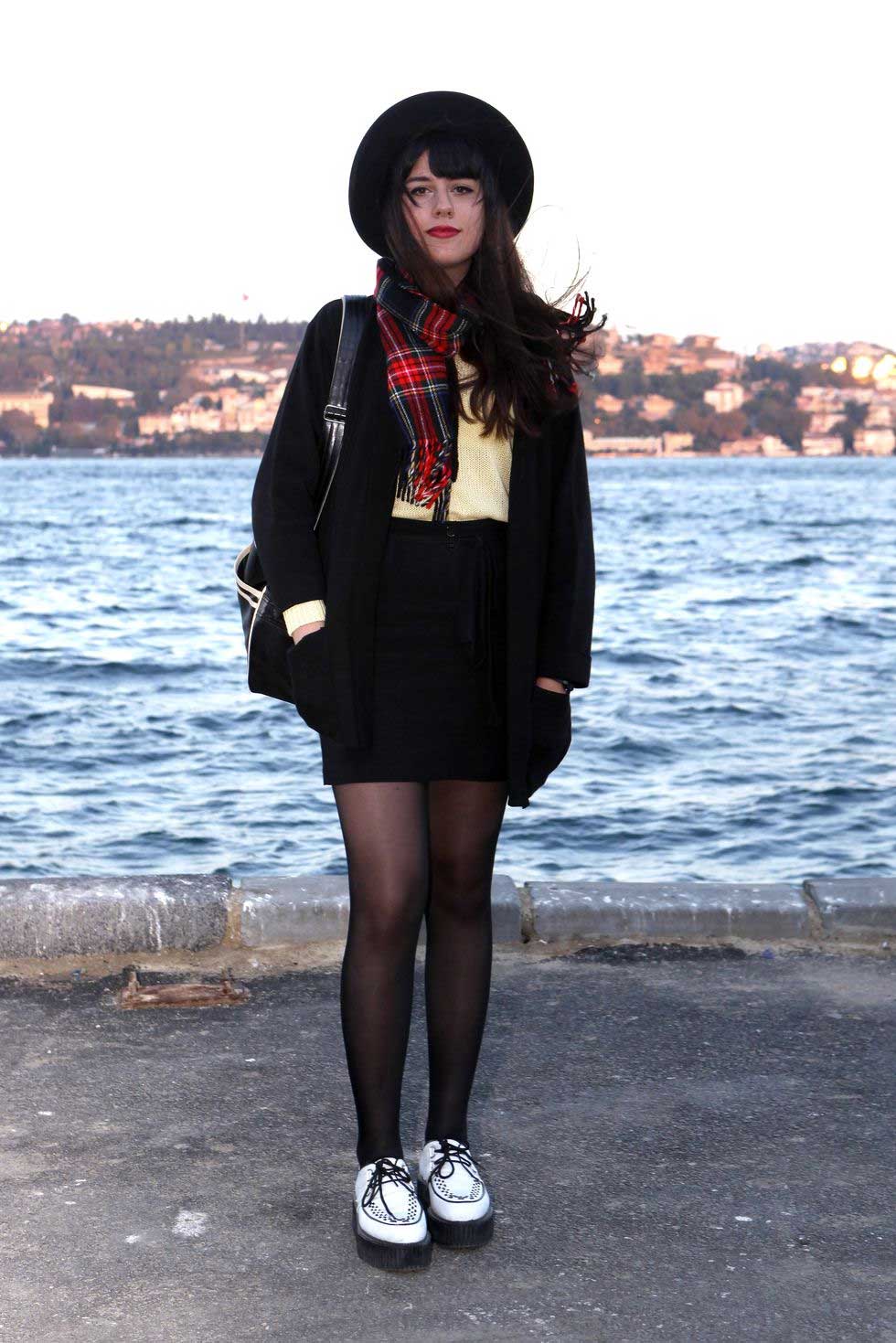 Raise your hand if you own these boots or have asked your parents countless times in 2012. Jeffrey Campbell’s Lita was the trend shoe of the season. And it was worn with everything from skinny jeans and leggings to miniskirts and floral dresses. 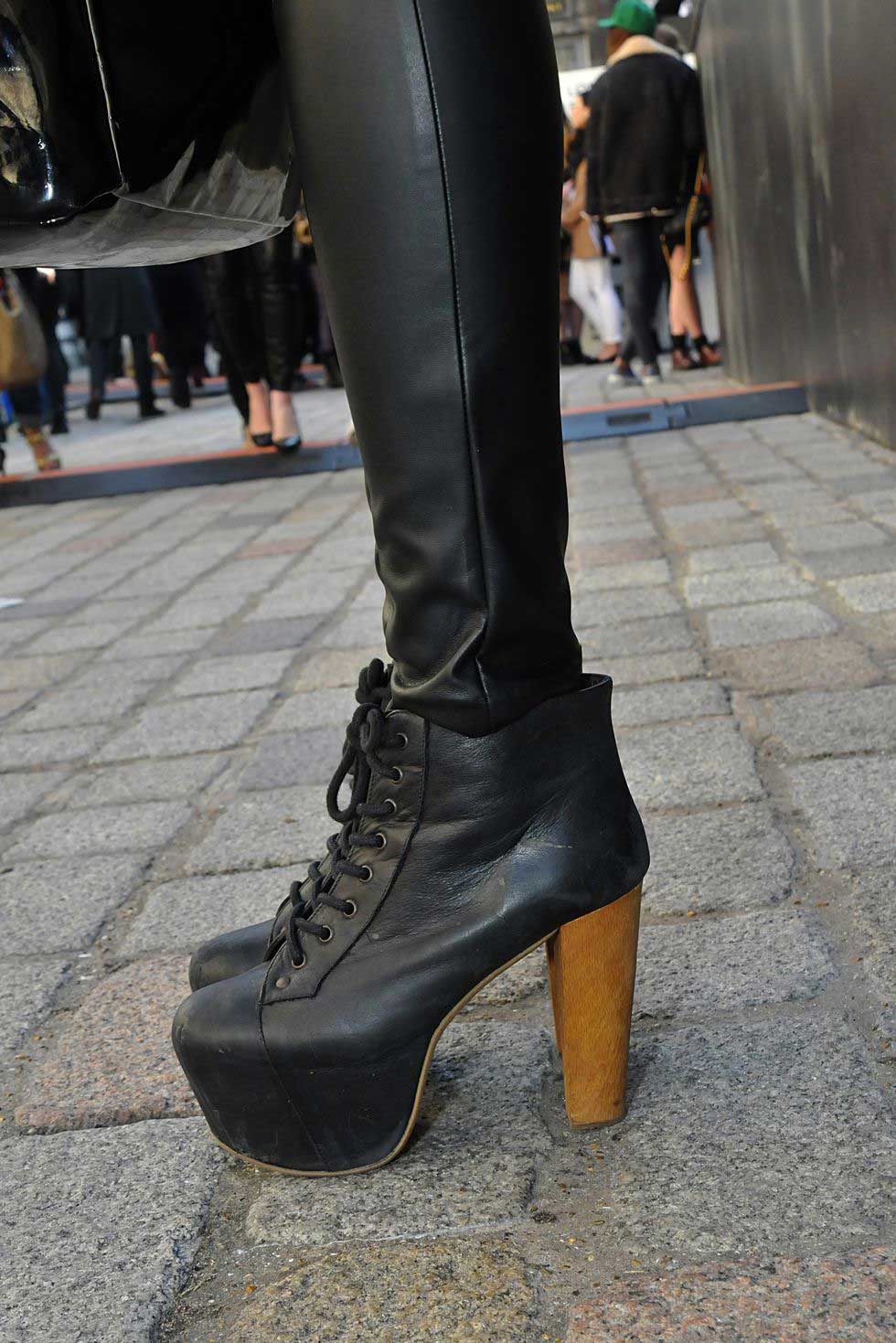 The most basic and effective formula for dressing up a Tumblr-era outfit was, without a doubt, t-shirts. Both with phrases and with musical groups, combined with tight pants and western buckle belts. Add some sneakers, boots or platforms and aviator sunglasses to complete the look. 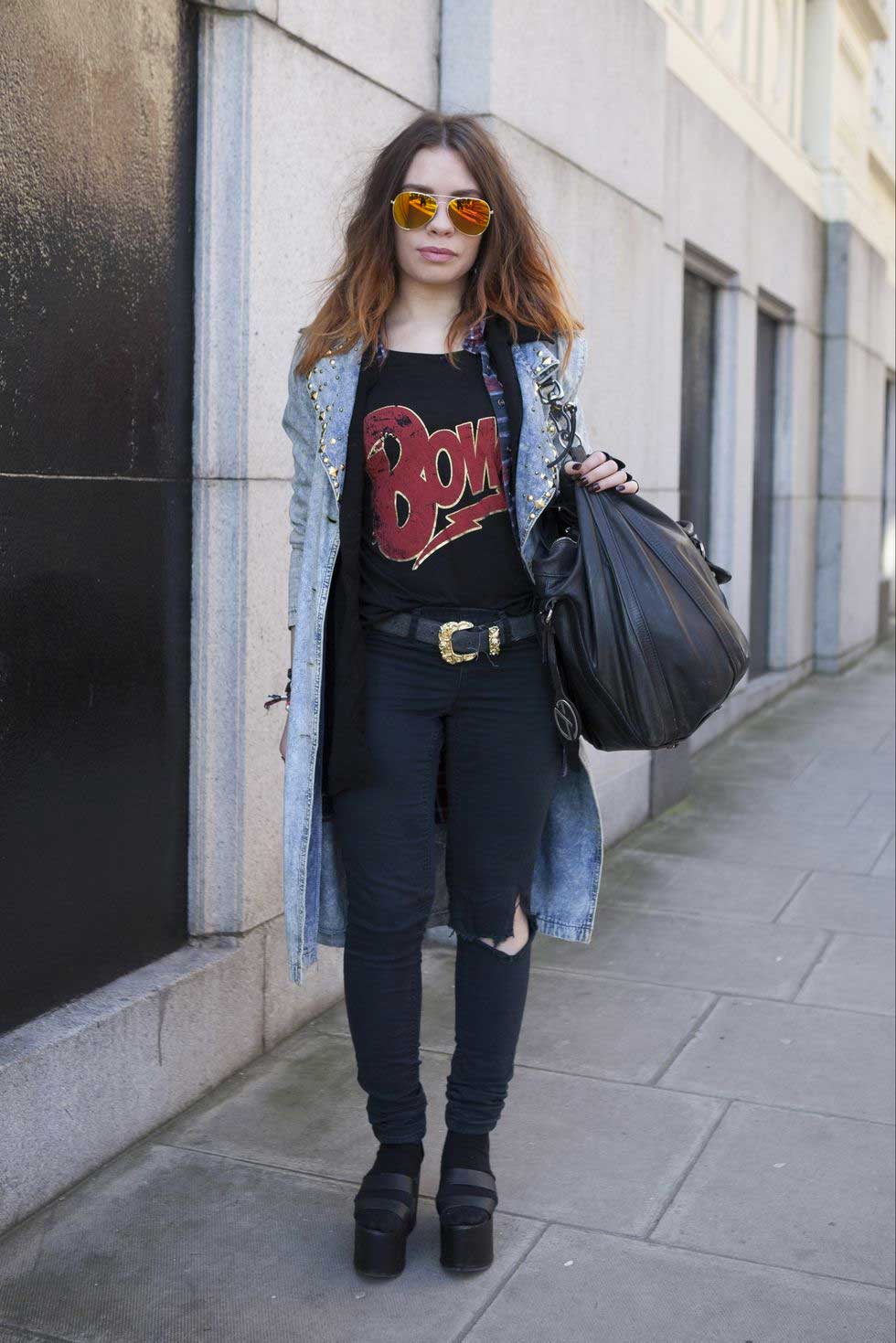 The biker-style jackets, the miniskirts, the smoky makeup… Everything Effy Stonem wore in the Skins series became religion, but without a doubt the look that best represents Tumblr ‘s aesthetic is this one: layered maxi necklaces, lots of studded bracelets, t-shirts like dresses and fishnet stockings 24/7. 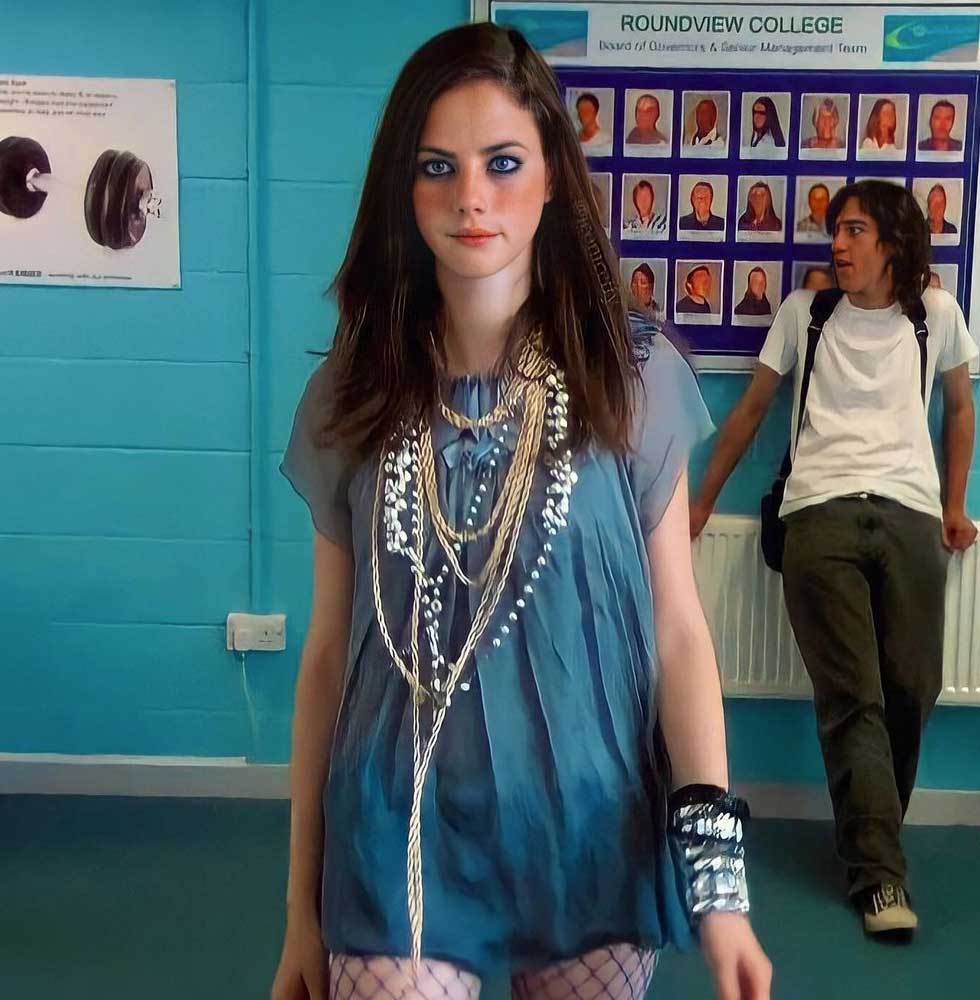 Hair in fantasy colors was a trend in itself, but in addition there were several elements that were repeated in all the looks, such as high socks. The boots Dr. Martens are his ideal companion and stand out especially when paired with pleated black miniskirts. Add a denim jacket and some nice sunglasses to make the photos more beautiful. 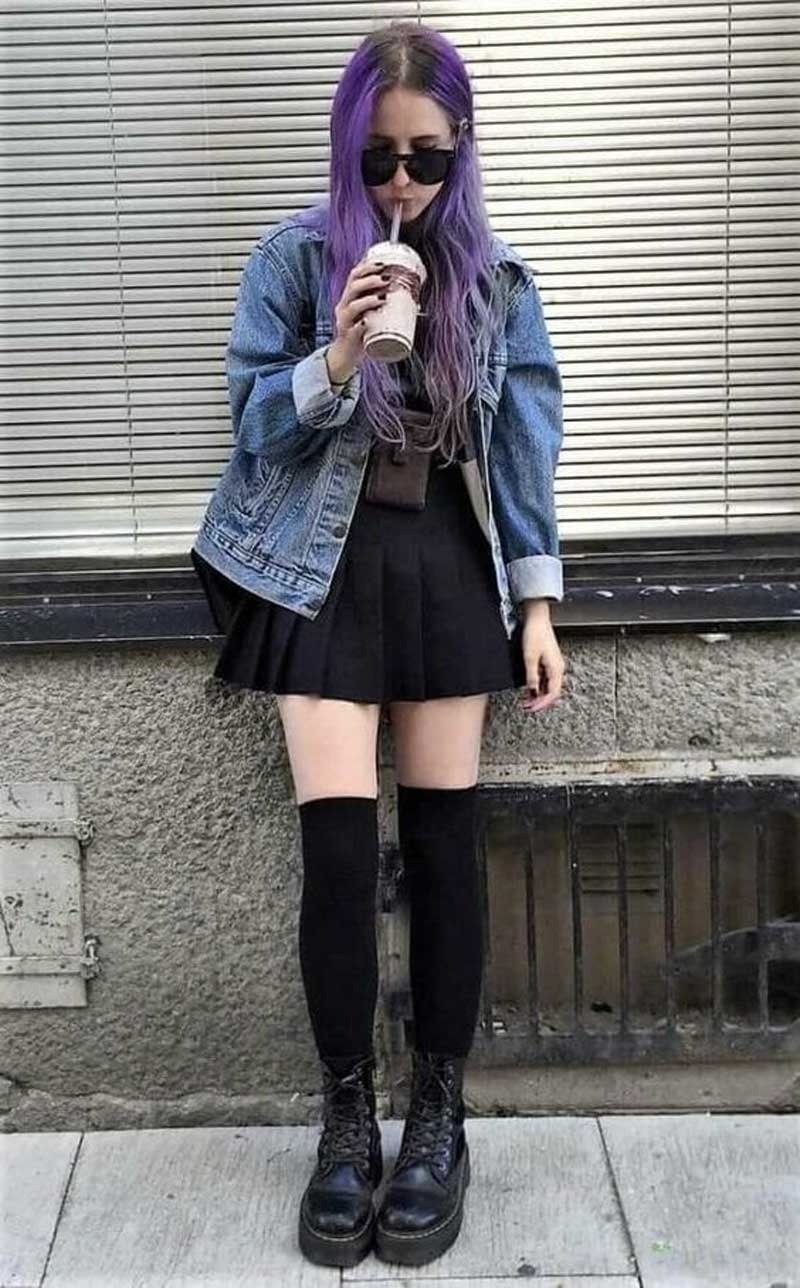 Many of the Tumblr girls’ summer looks are based on clothes that we could perfectly see and wear to festivals like Coachella. The kimonos, the boho necklaces, the fedora hats, the looks with floral prints… And of course, rhinestones on the face and fancy hair colors. 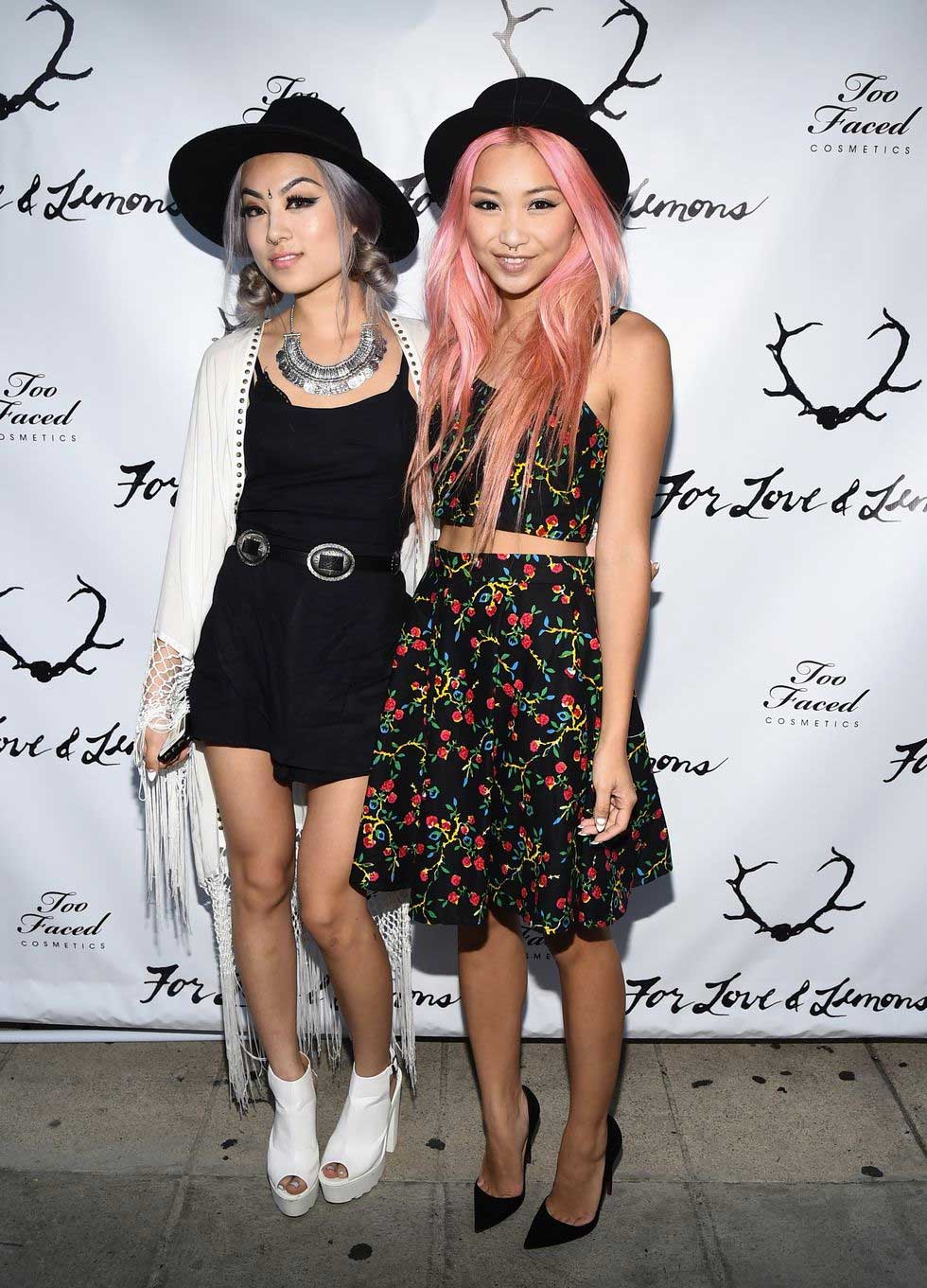