Indie sleaze aesthetics: Skinny pants, leopard dresses, ballet flats… Everything indicates that this season we will be dressing in the style of Alexa Chung, Chloë Sevigny and the Olsen sisters in 2010.

In the fashion world, trends tend to return every 20 years, but this time lag is becoming increasingly accelerated due to social networks like TikTok . Gen Z’s fascination with the 2000s, which did not live in that era, has been responsible for the fact that now all stores have clothes in the Y2K aesthetic and that brands such as Juicy Couture or Kangol are back in fashion.

Literally translated as laid-back indie, this is the style that brings together all the trends from 2008 to 2010 in the Fotolog era. At that time, celebrities showed off their looks through photos they took at parties, at events at the foot of the catwalk. Blogs like Cory Kennedy and The Cobrasnake were authentic bibles that we all visited to see the latest clothes from Alexa Chung, Chloë Sevigny or the Olsen sisters. Now, fashion search engine Lyst has confirmed that it has indeed increased searches for skinny jeans (+20%), platform shoes (+48%), see-through blouses (+35%) and naked dresses (+60%).

Not to mention the recent obsession with Balenciaga’s City bag (37% more searches in January) and its recent reinterpretation, the Le Cagole bag. Everything indicates that this season, the indie sleaze will stealthily return to our closet and, who knows, maybe we’ll revisit the mythical blogs for inspiration every morning. Here we give you 15 tips for this aesthetic and how to incorporate it into your daily looks.

Neither Coachella nor Mad Cool, the 2010 fashion festival was Glastonbury and the climate in England when it is celebrated does not allow for bikinis and floral mini dresses. Instead, it will likely rain, which is why celebrities like Alexa Chung opted for Hunter-style rubber boots paired with thigh-high sock, biker jackets and denim shorts, which looked great with striped tops. 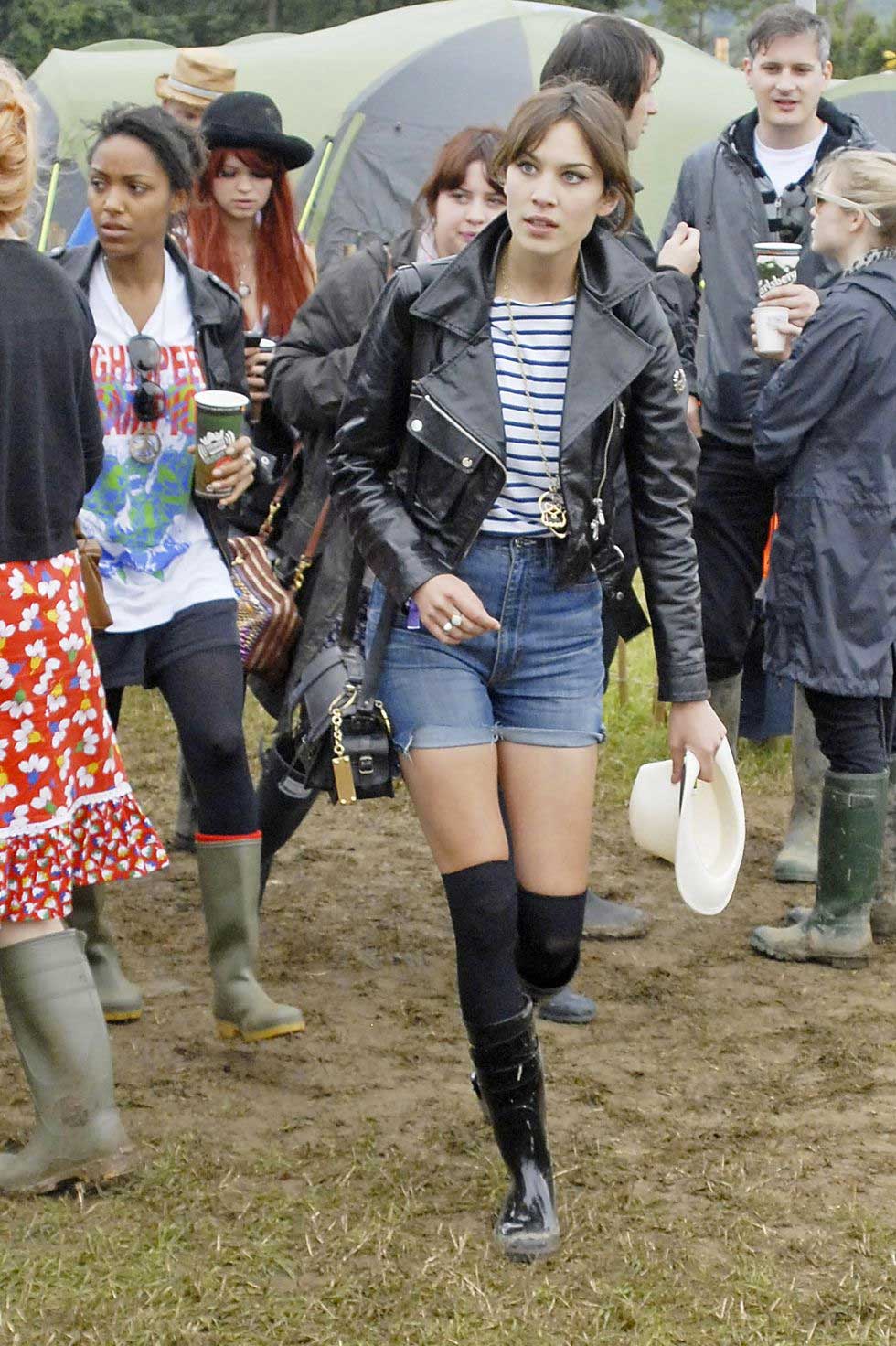 Like an overshirt, a dress, tied around the waist… Checkered shirts and, mainly, lumberjack shirts, are those pieces that solve any everyday look and that, used in an original way, can be used to create looks like this one. If you have an XXL shirt or an oversize style, try pairing it with high heel boots and wear it as a dress. 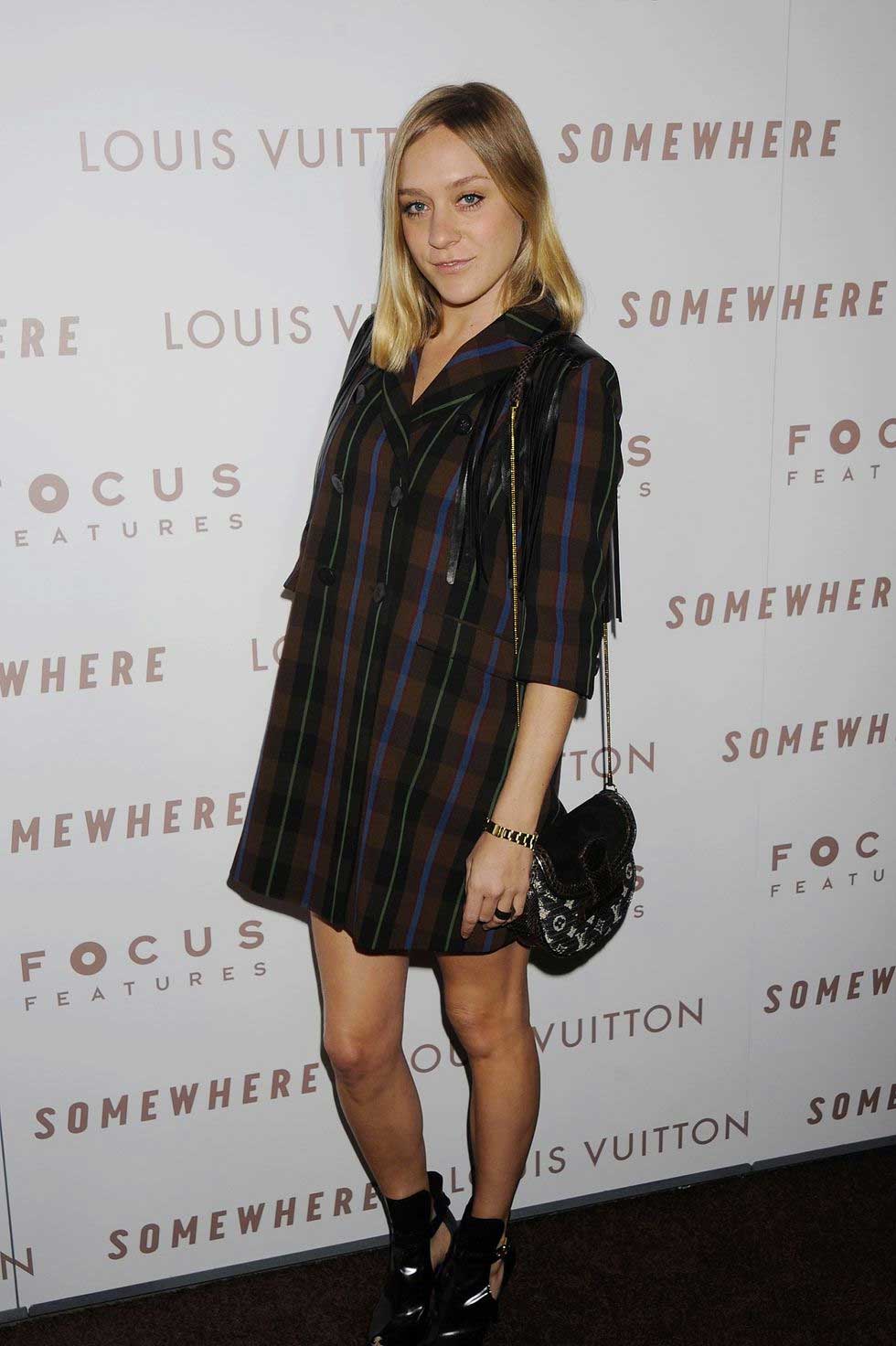 Just as important as sweaters and pants were accessories. This is why black studded shoulder bags were so popular and sunglasses were a must. But without a doubt the indie sleaze detail was the turban, which together with some boho-style silver rings gives a much more alternative touch to the look. 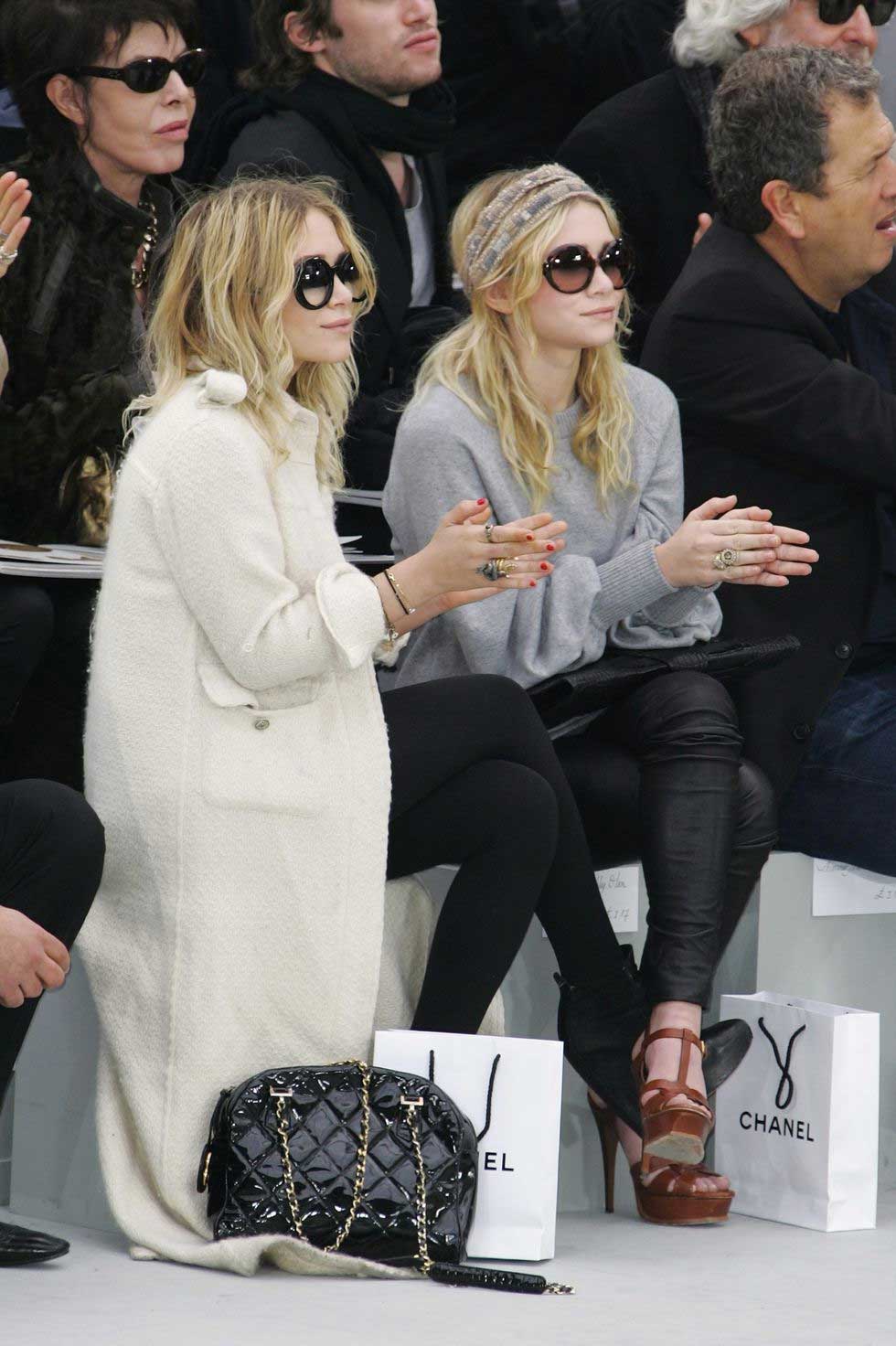 Within this style inspired by Kourtney Love, the Skins series and the most glamorous grunge, fur coats were perfect even to wear on the red carpet. Platform sandals and fishnets with holes could be a lot more casual if it weren’t for the fur coat. 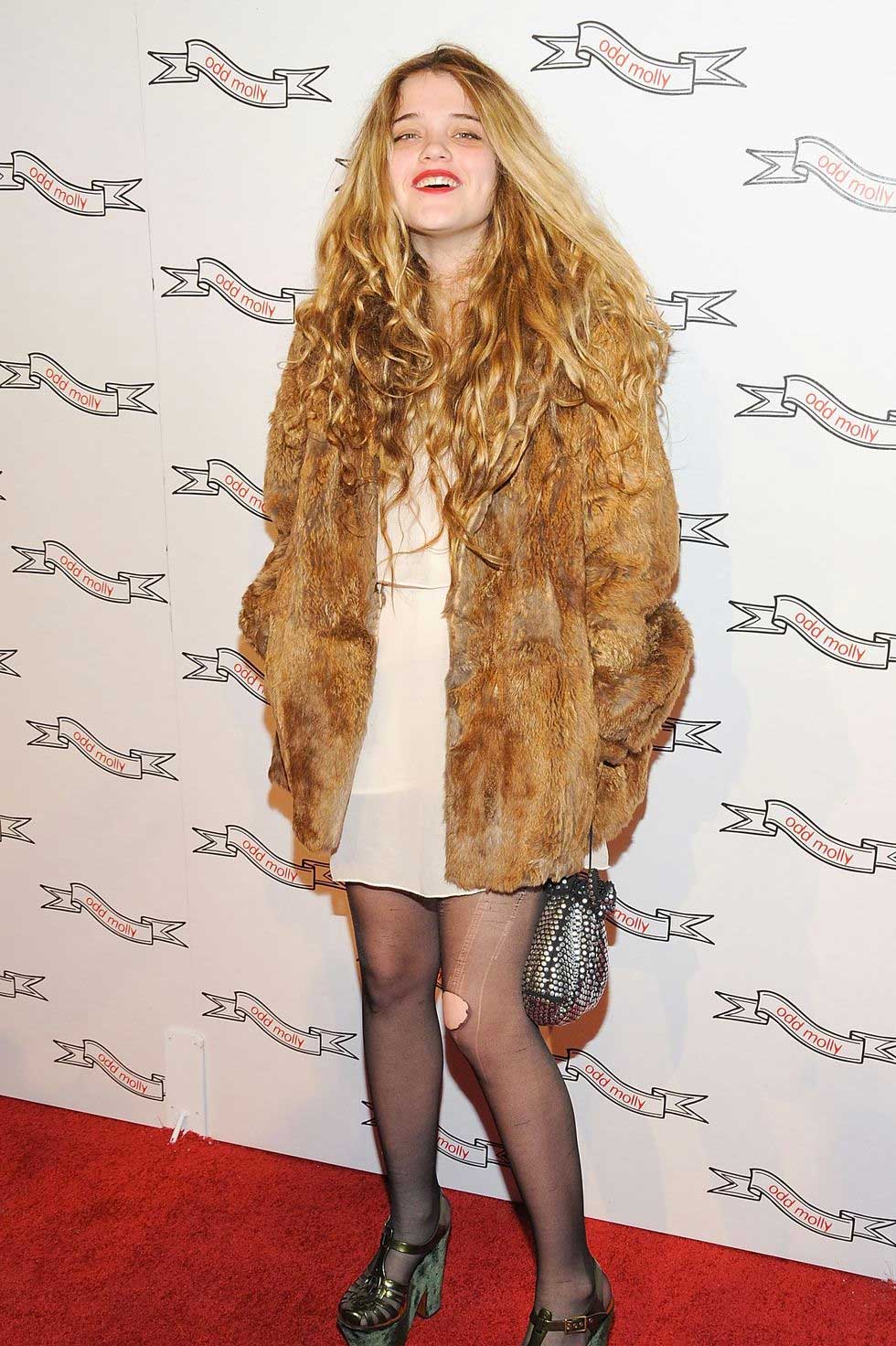 Original t-shirts were the order of the day, whether they were with a message, printed or from a musical group, that’s why we liked this one so much. The real fun touch, though, is the ripped jeans with the loafers. 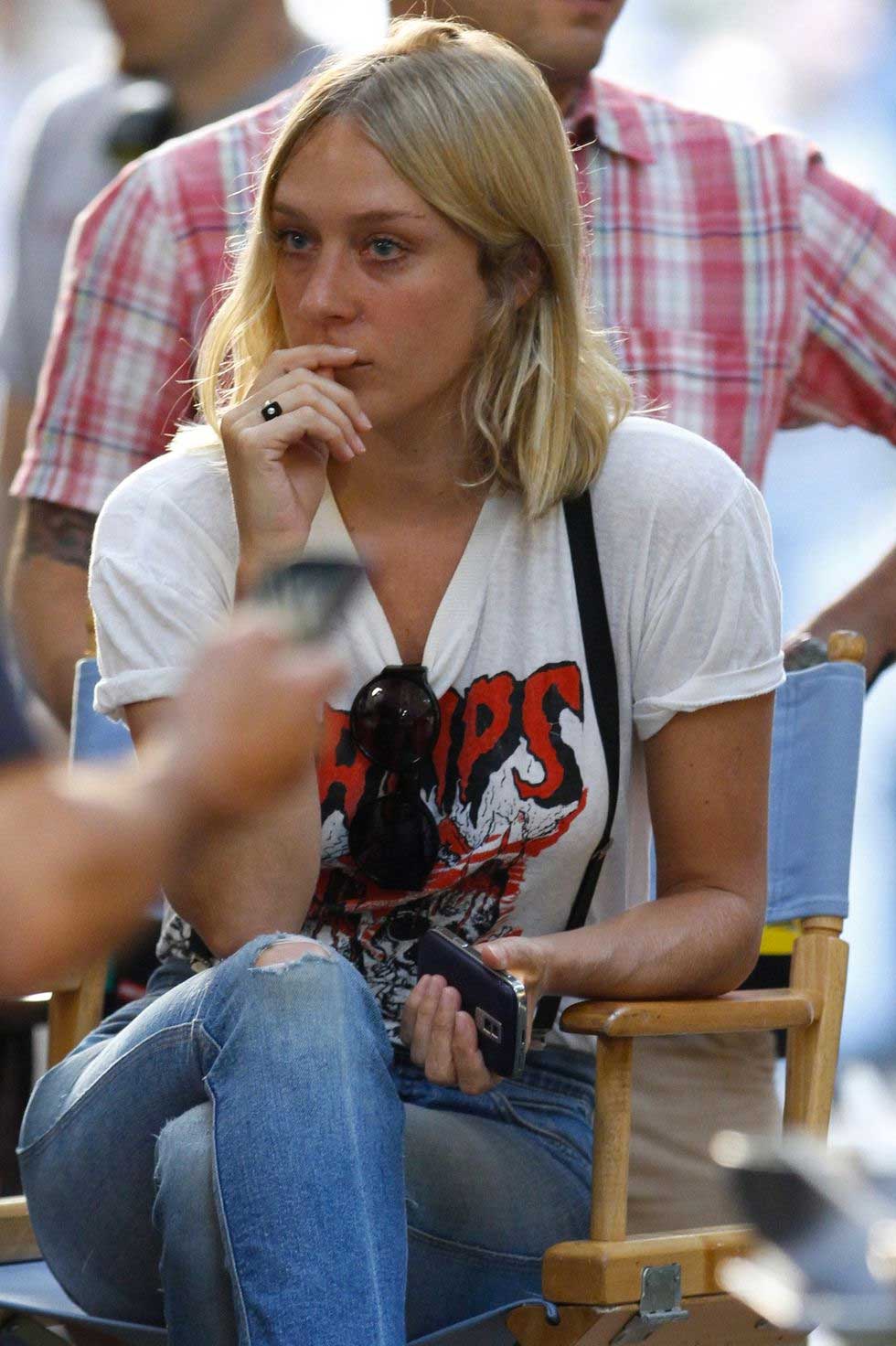 Two 2010 style icons come together in this photo: scarves and leopard print as the ultimate animal print. To combine this type of accessories, it was customary to opt for coats in more discreet tones, such as this trench coat that mixes with jeans and shoes that also match the scarf. 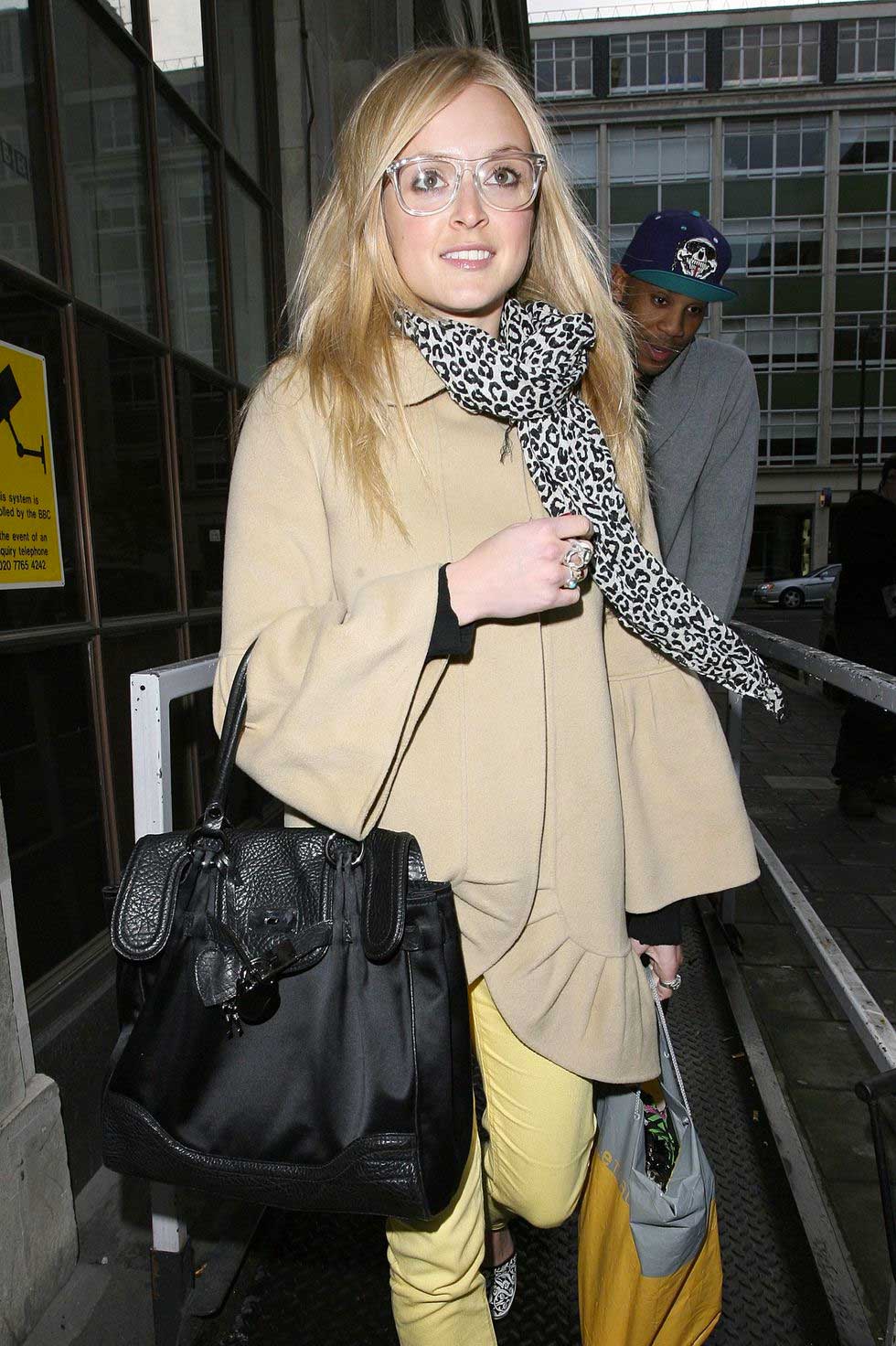 The mid-2010s saw a boom in rock style, driven mainly by the alternative rock bands that were so in vogue. Therefore, it was common to see leather effect jackets and skirts combined with lumberjack shirts and fishnet stockings. The nice touch? The curved heels à la Lady Gaga, which were divine in the photo but it was almost impossible to walk with them. 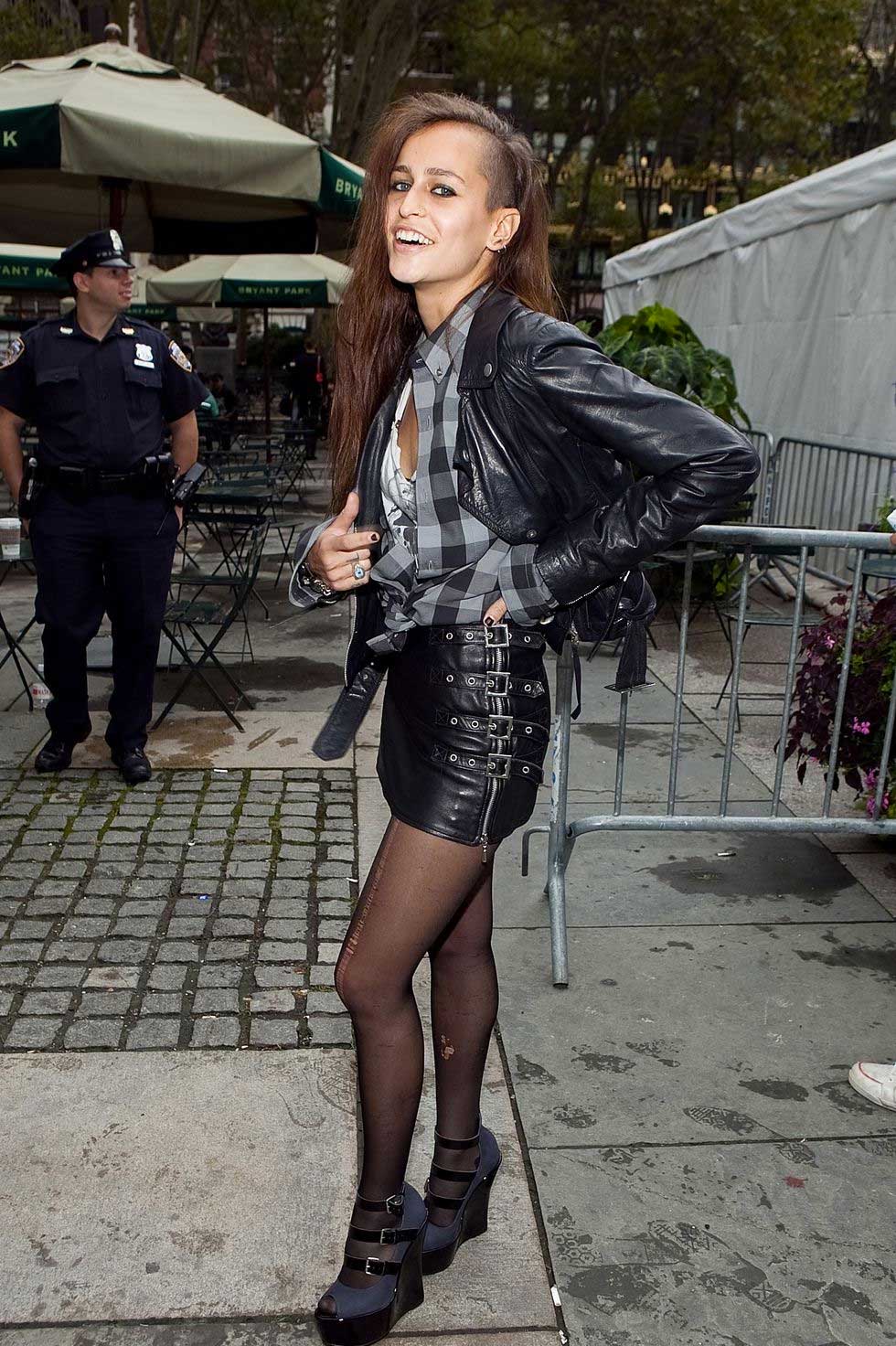 Of all the prints used at the time, the leopard print was the most replicated. You can find it in all kinds of outfits, including party dresses like this one that look great with high-heeled sandals and red bags, which add a splash of color. 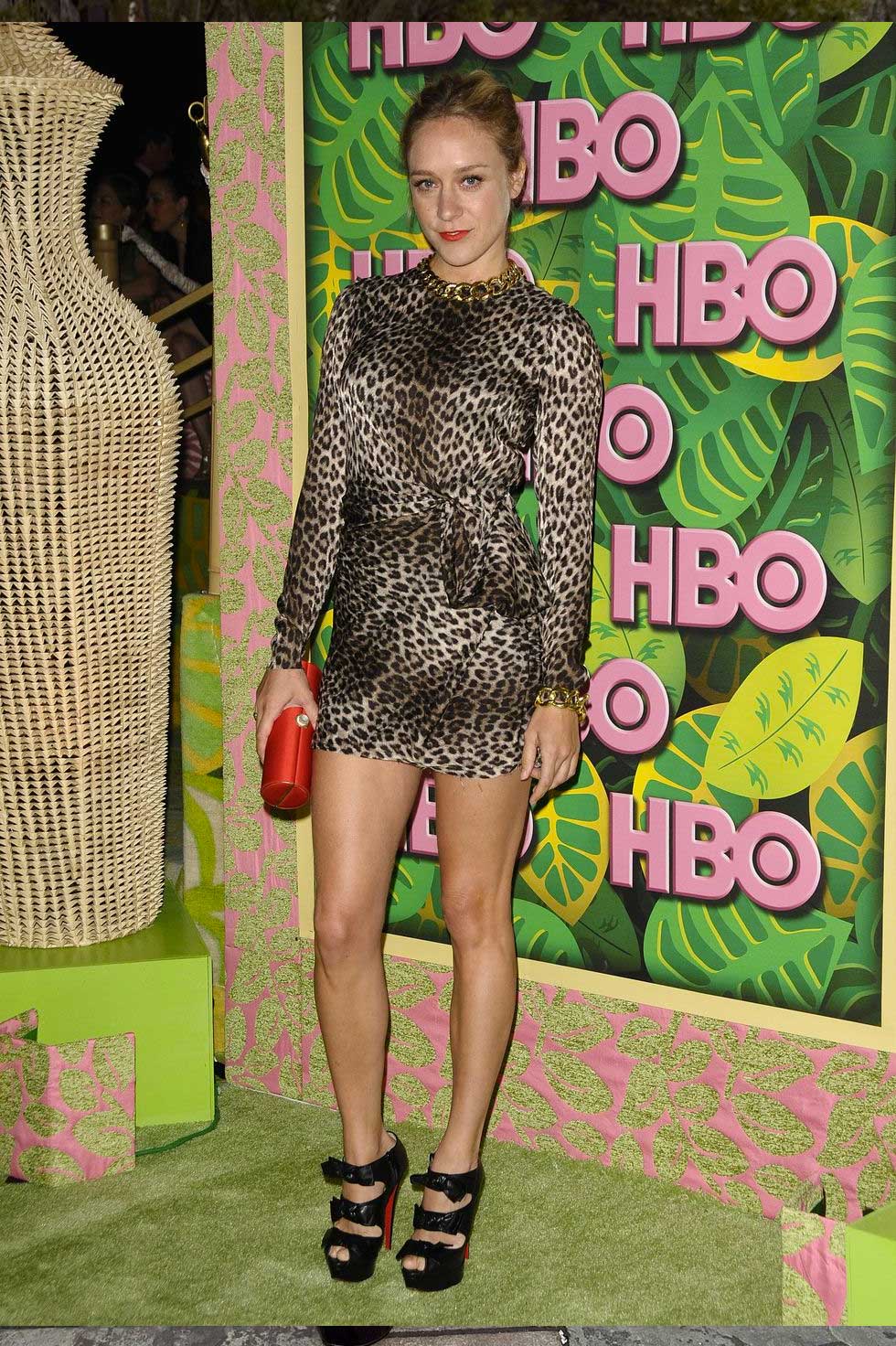 Continuing with this mix of rock and alternative styles that come together in indie sleaze, the boots dr. Martens were the ultimate footwear for every girl. Just wear them with ripped jeans and a striped t-shirt for a dignified look. A word of advice: to really go with this style, opt for tousled hair. 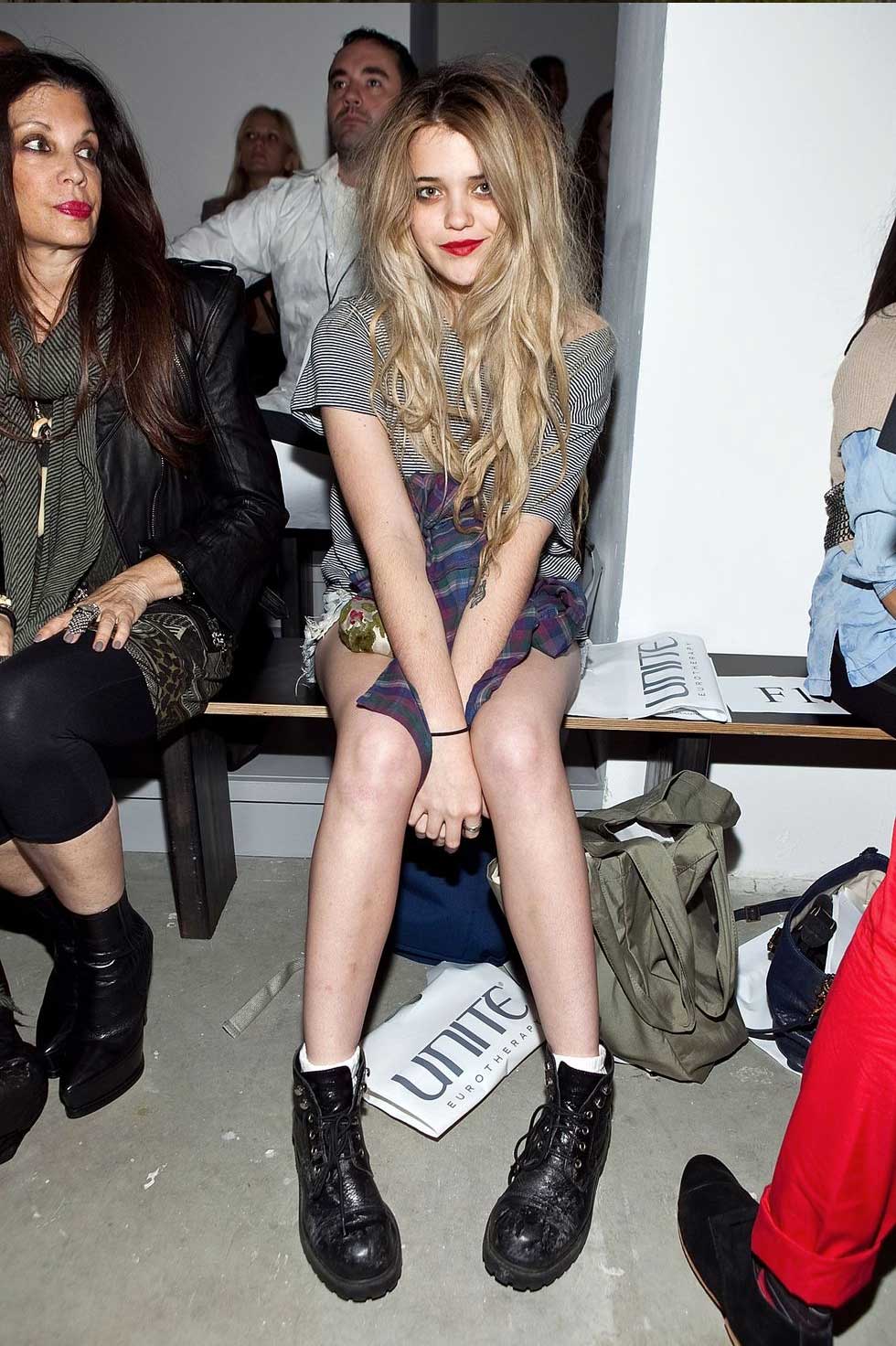 Accessories are the key

If celebrities and influencers didn’t forget one thing, it was to wear accessories. Sashes, sunglasses, printed bags, sandals with multiple eyelets… That’s what Alexa Chung’s style was all about, transforming an everyday blouse and jeans into a street style look. 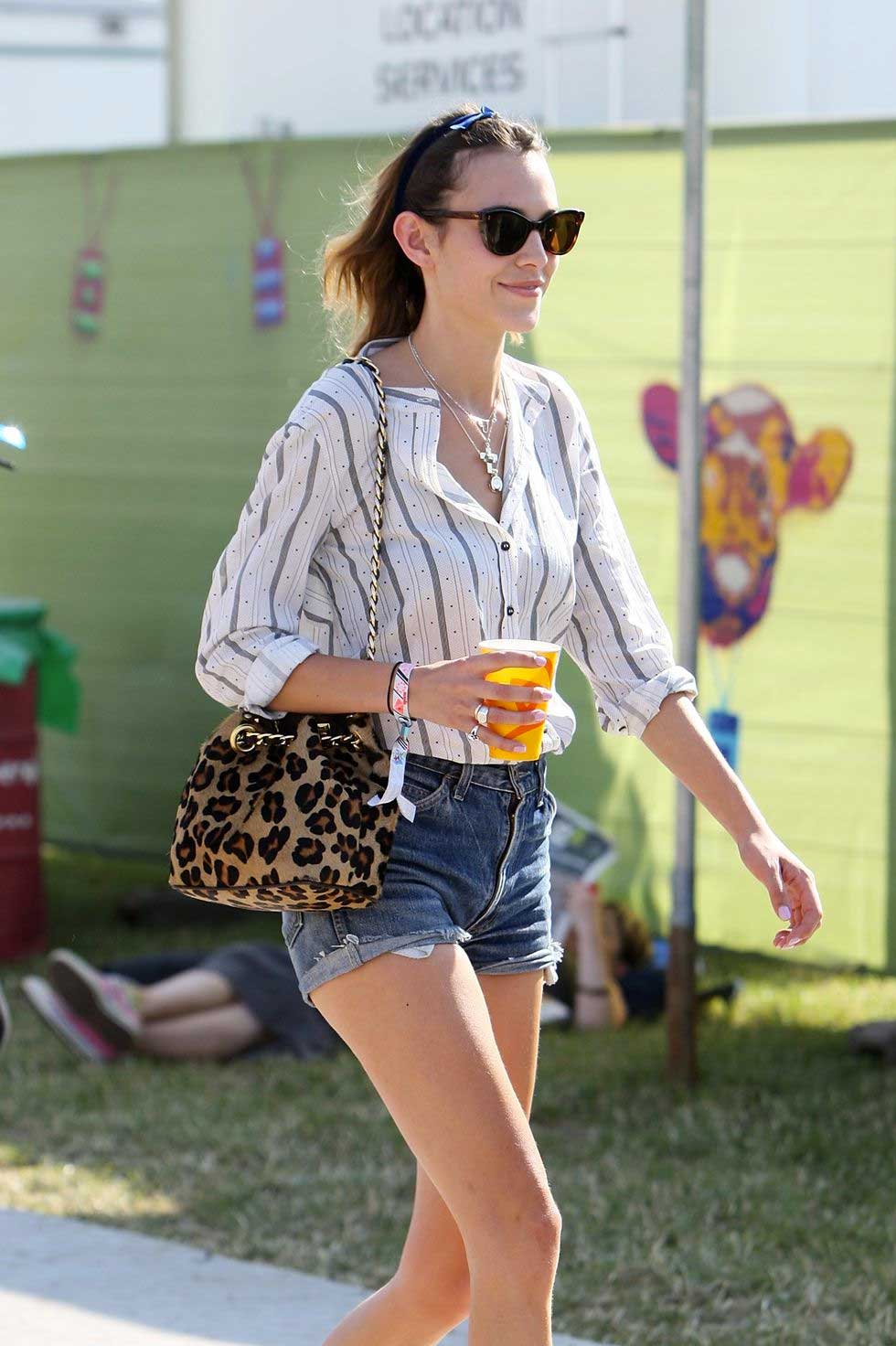 It could be said that wearing black became almost a religion in 2008 among the indie sleaze generation. Now, the dawn of the hipster movement was sizzling and the famous droopy knit beanies were super in vogue. 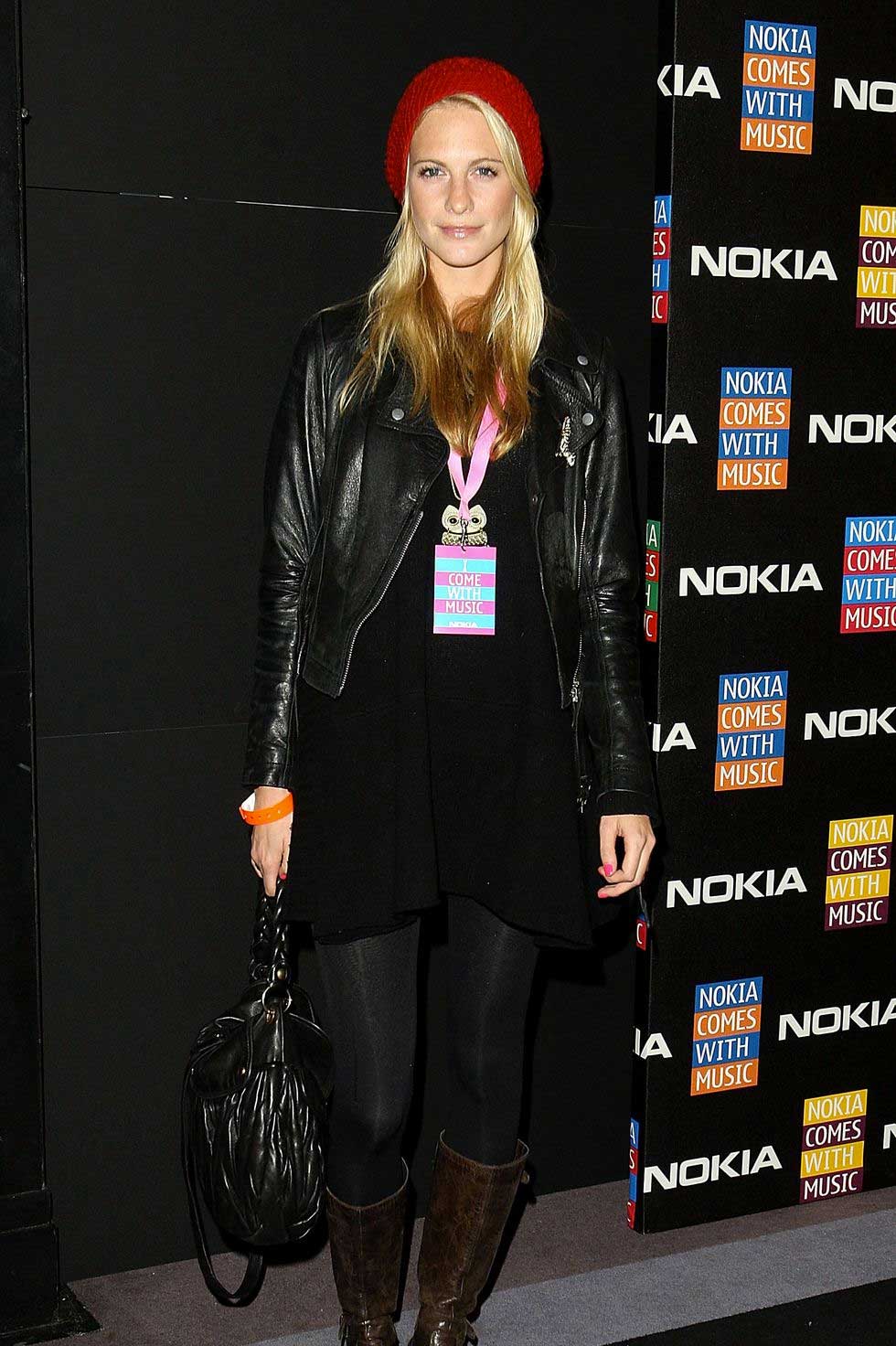 It might be the most indie sleaze look to date. Not for the red hair color, which was used a lot, but for the combination of a long printed T-shirt combined with short shorts and a black fedora hat. Add some boots and you’re perfect for going to the festival. 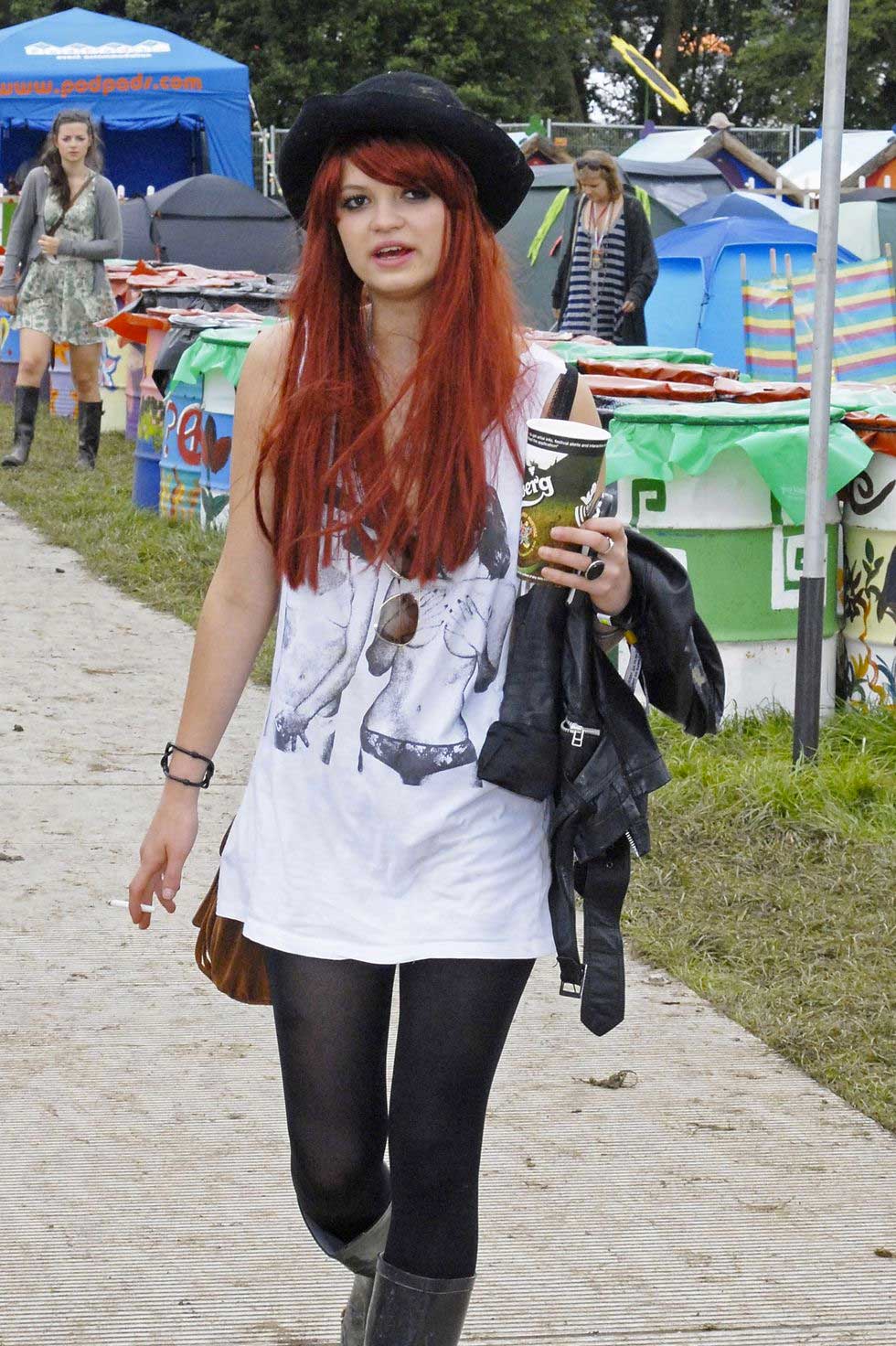 The Olsen sisters were true style icons within this aesthetic and everything they wore became a trend. So, they got us all to wear leopard coats, brimmed hats and the famous ‘medical bag’, similar to the Hermès Birkin and with a retro aesthetic that drove us crazy. 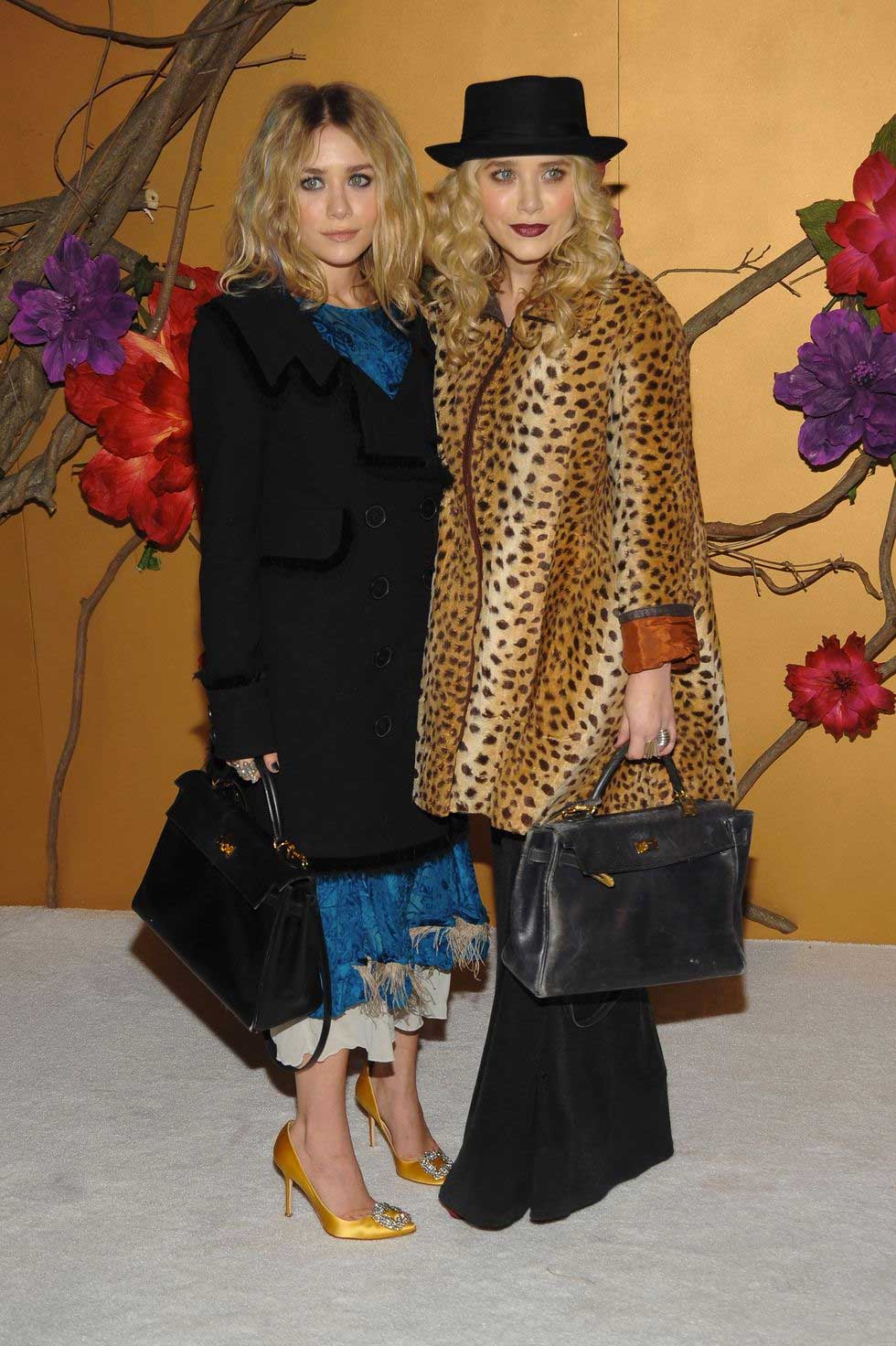